Kanye West bought a new Californian residence. The house is on the opposite side of the street where Kim lives. Sources revealed that he bought the house to stay close to Kim and their children.

It was built in the mid-90s. The California-based house is to be demolished. Kanye West’s sole reason for purchasing the house was to stay close to Kim Kardashian and their four children.

Sources revealed that he gave his new home a lot of thought. Kanye West has a clear idea of what his new home should look like. One thing that Kanye wants is for his new house to be children-friendly.

Kanye currently lives in Malibu. Traveling to his children is becoming hectic for him. When the house was listed on the market, he bought it. The possibility of him being across the street from his children and Kim makes him happy.

Kim Kardashian filed divorce papers in February 2021. They had been married for almost 7 years. They dated for two years before getting married.

Kanye has been open about his desire to get back with his estranged wife. Kim, on the other hand, seems to have moved on already. In October, the reality star was seen with Pete Davidson, a comedian. They were seen holding hands in Buena Park, CA.

Kim Kardashian has addressed Kanye’s public pleas to get back together. She said that it is hard for Kanye to come to terms with their separation. His public appeals do not surprise her. She has moved on and hopes that he can do the same. She is doing her best to be respectful.

Grammy Nominations 2022: What Should We Expect?

Slip and Fall in Walmart: Who is Liable? 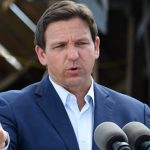