Home Entertainment Kevin Bacon Running For His Life In Trailer 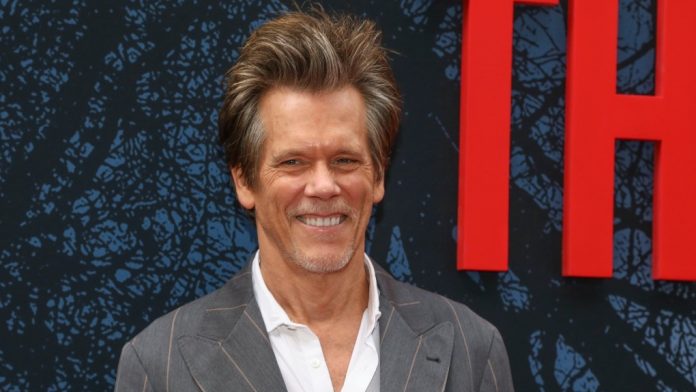 Kevin Bacon can be seen running to save his life from the trespassers. The Guardians of the Galaxy’s recent holiday special trailer launched. It will be released on 25th November. Fans Cannot wait to watch. If the Trailer is funny, how much is the original piece going to be?

Kevin Bacon Abducted By The Guardians Of The Galaxy

We have seen friends carrying another friend to make them laugh when they are upset, but abducting Kevin Bacon, that’s new. The trespasser is none other than Drax and Mantis. The whole crew of the guardians has decided to give a present to Peter Quill played by Chris Pratt, who is grieving and processing the loss of a loved one, Gamora. And the whole crew has decided to surprise him with someone not something as a Christmas present. This time the Guardians aren’t fighting with some kind of evil, though fighting the pain with the power of Christmas.

Just according to the plan they landed on earth in Hollywood, the mission to find Kevin Bacon, the present for Peter Quill, the legend. They landed on earth and the people were staring at them because of their ‘weird’ costumes, which was obvious. Finally found Kevin Bacon’s home, it was all decked up with Christmas decorations and looked amazing with all the lights. The scenes keep getting funnier, as Mantis and Drax finally found the security camera and asked to meet Kevin Bacon, and Kevin Bacon is the legend for obvious reasons watching everything on his iPad, as Mantis and Drax fight over who said it correctly.

And Kevin Bacon trying to listen to what was happening outside and boom, Drax broke the Front door. And they are calm and excited to bring him with them to present him. Of course, out of the blue, they appeared and scared the hell out of Kevin, and he tried to escape with basic human instinct.

The trailer showed Kevin running on the streets and Drax and Mantis jumping from one front yard to another front yard to catch him. The funniest scene of all time. The guardians of the galaxy will be in theatres on 5th May 2023.Another magnificent creation of James Gunn.

Manchester United Paints The Town Red, At Least Till The Season Ends

Stimulus Check News: Alabama To Give Out $4.7 Million In Rental Assistance