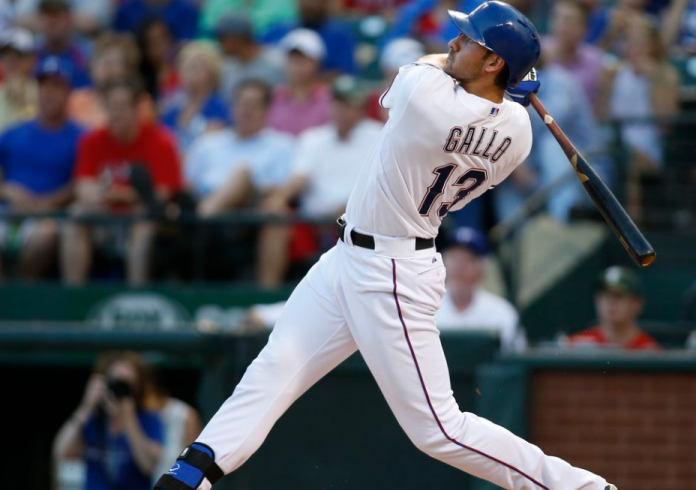 Gallo (and the Dodgers) will hope a change of scenery helps the outfielder regain his swing.

Joey Gallo, 29 and an impending free agent, joined the Yankees at last year’s trade deadline and has simply been one of the worst hitters in baseball since. Always a low-average/high-strikeout hitter, Gallo authored a .159/.291/.368 line with 25 home runs and a 38.7 percent strikeout rate in 501 plate appearances in pinstripes. He’s been relegated to bench duty the last several weeks.

“I went through a lot of adversity and I really had to question myself a lot. My confidence suffered. I would say I hit rock bottom for the big leagues,” Gallo recently told NJ.com about his stint in New York. “So for me, I just was trying to remember to be a good teammate, play the game the right way, play the game hard and not do something stupid that I’d regret. I learned a lot about myself, I guess. Baseball is a tough game. But it definitely made me stronger because not many people have gone through what I’ve gone through.”

The Dodgers were in the mix for Juan Soto before he was traded to the rival San Diego Padres, and while Gallo is hardly an ideal substitute, he does provide lefty power and very good defense. Los Angeles has been platooning Jake Lamb and Hanser Alberto at DH, and Trayce Thompson and Gavin Lux in left field. Now Gallo is another platoon option.

Beeter, 23, was a second-round pick in the 2020 draft. He has a 5.75 ERA with 88 strikeouts in 51 2/3 Double-A innings this season. MLB.com ranked him the No. 15 prospect in the Dodgers’ system. The write-up says he has a “pair of pitches that grade as well above-average when at their best,” and there is the “fallback of making him a high-leverage reliever if (starting) doesn’t work.”

The Dodgers (69-33) and Yankees (70-34) own the two best records in baseball and double-digit division leads. The Yankees have already replaced Joey Gallo with Andrew Benintendi, who was acquired from the Kansas City Royals last week.

Mark Brnovich, the Arizona attorney running for the US Senate has admitted that his investigation has revealed that found just a dead voter instead...

The American Bureau of Labor Statistics has released data that shows that the inflation rate for the 12 months ending June 2022 is 9.1%...

Is this stock is Attractive? Imperial Petroleum (IMPP)

Imperial Petroleum (IMPP) acknowledged active focus on shares in the last trading session.The stock disclosed a change of -1.52% and its...