Home Sports Kylian Mbappe’s Choice To Remain With PSG For The Next 3 Years... 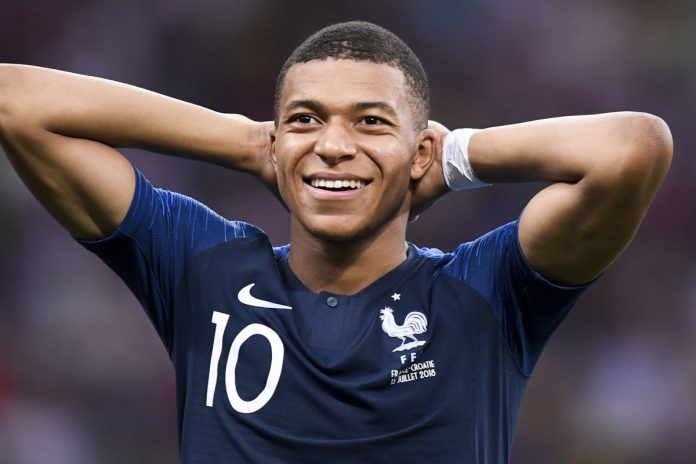 After opting to sign a new deal with Paris Saint-Germain instead of Real Madrid, Kylian Mbappe stated Sunday that he feels he will “keep progressing” as a player.

The France striker turned to social networks to explain his choice. In a long tweet, the 23-year-old star also stated that he will be rooting for Real Madrid in the Champions League final versus Liverpool next weekend in Paris. Mbappe had been anticipated to join Real Madrid when his current contract with PSG expired, having been a target of the Spanish giants since he was a youngster.

Real’s inability to land their man puts a pall over their preparations for next Saturday’s Champions League final at the Stade de France.

Mbappe’s new contract is truly amazing, with the 23-year-old set to earn more than €100 million per year from the club alone. Mbappe will now have unparalleled access to off-field choices and appointments inside PSG’s hierarchy, among other things.

Manager Mauricio Pochettino and director Leonardo are two major exits that are expected to be announced before the end of the season. Luis Campos is currently the favorite to succeed Leonardo, according to Mbappe, who was briefed on the matter. PSG striker Kylian Mbappe met with Leonardo following the club’s unexpected Champions League elimination – at the hands of Real Madrid, no less – in a meeting where Mbappe’s future was discussed. Mbappe’s turnaround is reported to have been sparked by club president Nasser Al-Khelaifi, who invited the forward’s mother to Doha. According to sources, Mbappe will be consulted throughout the search for Pochettino’s replacement, and he will also be given the captain’s armband and be given spot-kicks starting next season.

States Continue To Send Out Stimulus Checks In 2022: Catch Up On The Current...

Stimulus Check Update: These States Are Offering $989 Million In Funds