Lady Gaga is a famous musician and singer in America. She is a well-known figure in the American music industry.  The original name of the singer is Stefani Joanne Angelina Germanotta. Gaga is well known for her uniqueness and out-of-the-box thinking. She has an aura that reflects in her music. Gaga began her musical journey at a very early age. She started her career performing at open mics. Gaga also tried acting while she was in school. It was a long time since she had released an album. Fans and followers were waiting eagerly for a new release. Finally, their prayers have been answered. Lady Gaga announced her brand new release “Love For Sale”. The album will be collaborated by Tony Bennett. Let us learn more about the album below.

The latest launch has been announced recently. The album in question is said to contain a total of ten tracks. As per reports, the album will be dedicated to Cole Porter. Columbia/Interscope Records will release Gaga’s newest album. The collaboration between Gaga & Bennett is welcome news for the fans. The duo previously worked together for “Cheek to Cheek”.

The promotion for their latest album began in August. Gaga & Bennett appeared for the event which was titled “One Last Time: An Evening With Tony Bennett and Lady Gaga”. The event took place in the famous Music Hall of Radio City in NYC. This album is said to be the last professional recording of Bennett. He was earlier diagnosed with Alzheimer’s and is now ninety-five years of age.

The previous collaboration with Bennett accumulated a lot of praises. Cheek to Cheek featured at no.1 in Billboard 200. Lady Gaga is highly expectant of replicating the success again.

Top 3 Dos And Don’t When You Quit Smoking

5 Easy Tips to Lose Weight During a Lockdown 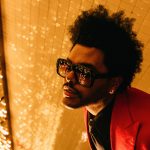 The Weekend Says His Voice Is On The Mend, Reschedules LA Concert

The Weeknd's voice noticeably failed about 15 minutes into Saturday's performance when he yelled, "What's up, L.A.," and he concluded he couldn't go on... Soon, Jodie Turner-Smith might reserve a ticket to a galaxy far, far away: According to our sister site Deadline, the actress is negotiating to... Jerry Seinfeld Will Be In A New Fashion Campaign

As he models some of the fall collection from the brand Kith, Jerry Seinfeld has switched out his typical garb—not that there was anything...

Stimulus Check 2022 Update: Things That Could Take Place For A Fourth Round

Living expenses have now become unattainable for many Americans due to inflation. Gas prices are rising, grocery prices are skyrocketing, and many individuals are...

4th Stimulus Check Update 2022: New Payments To Go Out In September And October

In the upcoming weeks, millions of frontline employees registered for direct stimulus check payments can anticipate receiving up to $750. The application deadline for the...