Mean Girls was one of the best teen comedies Hollywood has ever made. The film was released in 2004 and has still been the favorite of many. It was ably directed by Mark Waters and the script was structured by Tina Fey. A number of famous actors were featured in the film. The cast boasted names such as Lindsay Lohan, Tim Meadows, Rachel McAdams, Amy Poehler & Ana Gasteyer.

The movie is inspired by the book “Queen Bees & Wannabes”. It was written by Rosalind Wiseman. The plot of the movie touches on the sensitive subject of bullying and the impacts it can have on female minds. Mean Girl was an instant hit. Movie lovers immediately became fans. The massive success of the film earned it a separate day for celebration- 3rd October. In a recent online chit-chat, the cast of the movie celebrated the day on social media. Let us catch a glimpse of the celebration below.

The immense success of the movie saw the movie elevating to a higher level. It portrayed many heart-touching scenes worth remembering. However, one such scene changed the whole game for the film. It was due to that particular scene the movie got in a day!

The scene in question centers around two characters- Cady & Aaron. Aaron got nervous and asked Cady about the whereabouts of the day. Cady hilariously replied to him that it was the 3rd of October. The moment became so famous that it is now considered Mean Girls day. The cast seemed to be having a lot of fun recently as the date of 3rd October saw some friendly banters.

Lindsay Lohan & Jonathan Bennett portrayed the character of Cady and Aaron in the film. They hilariously pulled each other’s legs asking what day it was. Lohan posted the date on her Instagram handle. Bennett commented on the iconic phrase from Mean Girls asking her about the day.

‘She’s just not that into you’: Swalwell’s message to Greene about beef with AOC

Is this stock is Attractive? ContextLogic (WISH)

ContextLogic (WISH) traded 37460948 shares on hands in most recent trading session and observed an average volume with 34517.22K shares. The... 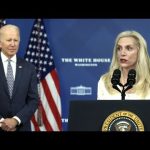 DraftKings (DKNG) exchanged 18573784 shares on hands in most recent trading session and observed an average volume with 13801.43K shares. The...

Are You looking For Hot Stock? SoFi Technologies, (SOFI)

SoFi Technologies, (SOFI) disclosed a change of -7.95% and its listed share value at $18.75 in the recent trade transaction. This...