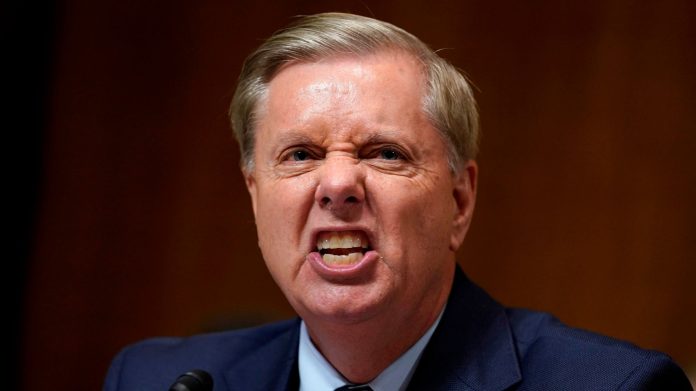 In a televised interview Thursday evening, senior US senator Lindsey Graham called on “somebody in Russia” to murder Russian President Vladimir Putin in response to Moscow’s invasion of Ukraine.

Senator Lindsey Graham of the United States called for the killing of Russian President Vladimir Putin and wondered whether the Russian military had a Brutus or Colonel Stauffenberg.

Lindsey Graham Asks If There Is A Brutus In Russia

On July 20, 1944, Julius Caesar, a Roman commander, was slain by his friend and protégé Brutus, and Colonel Stauffenberg, a German army officer, attempted but failed to assassinate Adolf Hitler.

Graham urged assassinating Vladimir Putin in a series of tweets.

The Senator went on to say that only Russians can solve the situation.

In his tweets, he stated that the Russians had the ability to resolve the Russia-Ukraine conflict. Putin stated unequivocally that the conflict would cease if someone from Russia killed him.

Several nations, notably the United Kingdom, the United States, Canada, and the European Union, have denounced Russia’s military aggressiveness in its vicinity and placed sanctions on the Russian government.

Several countries have also pledged to assist Ukraine with military assistance in the face of the Russian onslaught.

Bitcoin Stashed Away By Redditor Worth $100 For 100 Years