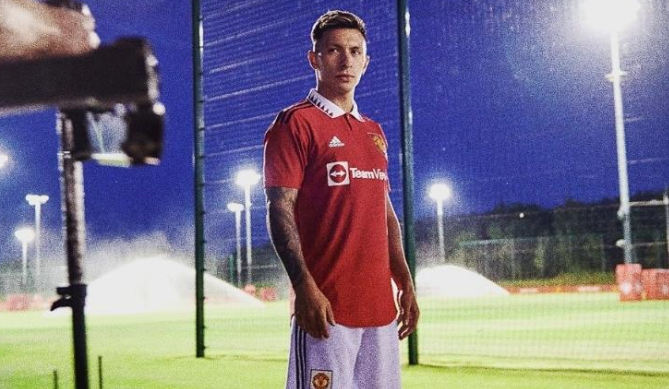 At 5 feet, 9 inches (1.75 metres), Lisandro Martinez is noticeably shorter than any other starting central defender in the Premier League.

The closest comparable player is Chelsea’s 5ft 10in (1.78m) Cesar Azpilicueta, a converted full-back who has often played on the right side of a back three in recent seasons with Reece James outside of him as a wing-back.

Lisandro Martinez And His Spirit

Erik ten Hag, who previously played with Lisandro Martinez in the Eredivisie, said on United’s website after the trade was finalized and before the player officially made the move: “He’s a fighter and I believe the supporters will appreciate him.

His attitude and fighting energy set him apart. He adds a healthy dose of aggression to the mix.

From what we can gather from publicly accessible data, Martinez won over 70% of his aerial duels in the Eredivisie last season, proving he could hold his own despite often facing up against taller opponents.

Success at centre-back has been achieved by players of comparable size before, most notably one of Martinez’s countrymen, Javier Mascherano, but this was after Mascherano had already departed the Premier League.

Mascherano, slightly shorter than Lisandro Martinez at 1.74m, was signed by West Ham in 2007 as a holding midfielder and excelled in that capacity for Liverpool before moving on to Barcelona in 2010 and transitioning to defense, where he helped the club win five LaLiga championships and two Champions Leagues.

Stimulus Check Payments- Is Your State Issuing A Payment To You?

MCD Will Be Posting An EPS Of $2.11 For This Quarter

Julian Assange’s Extradition Has Been Approved