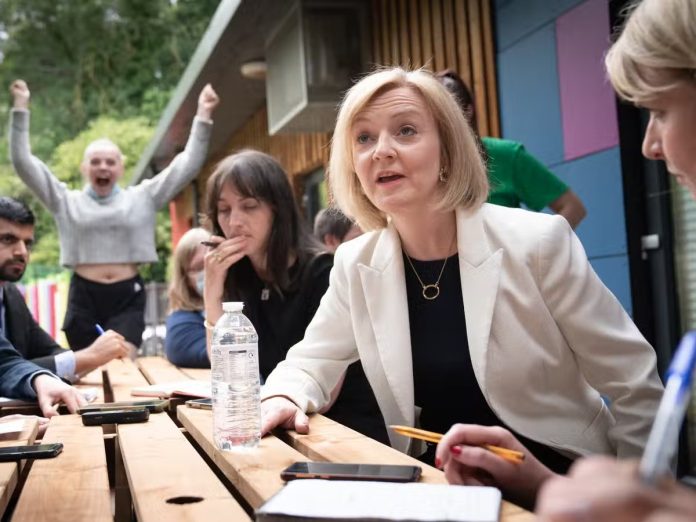 Just a week back, Liz Truss was on the sidelines watching as her bid for Conservative leadership faltered after the very first round of voting left her in third place. A week later, the foreign secretary of the United Kingdom has already garnered the backing of sufficient Conservative MPs that would make it through to the final head-to-head stage of this contest. Currently, she could be the hot favorite to secure the seat for No. 10 Downing Street.

This seems to be quite a massive turnaround for someone who has seen her campaign be littered with obstacles. Sometimes, she would also have to witness herself being overtaken by younger or fresher-faced rivals. A campaign aide for Truss recently stated that they were quite relieved with the turn of events- and once they had the things in the parliament under control, they always knew they would be able to overtake the opposition later.

Liz Truss Could Be The Next Host Of No. 10 Downing Street

Liz Truss had picked up speed later, as she was initially stuck abroad in Indonesia as a part of her ministerial duty when the regime of Boris Johnson imploded from within. An early poll that was conducted found her placed 5th out of the 11 candidates that were declared by the influential Conservative Home. Once given a chance, Truss faltered again, as she was mocked on social media for her actions during her launch event. She was also judged to have been performing quite poorly in the first of the two televised leadership debates.

Yet, on Wednesday afternoon, where the fifth and final round of MP voting took place, Liz Truss finally managed to leapfrog Penny Mordaunt, the Trade Minister and joined Rishi Sunak, the ex-Chancellor- in the head-to-head showdown vote of the wider party membership. As it turns out, her entire world seems to have undergone a shift- as a YouGov poll of all the Tory members suggests that the foreign minister would triumph over the ex-Chancellor.