Home Politics Los Angeles City Offers $3B To House 60% Of Its Homeless: Promise... 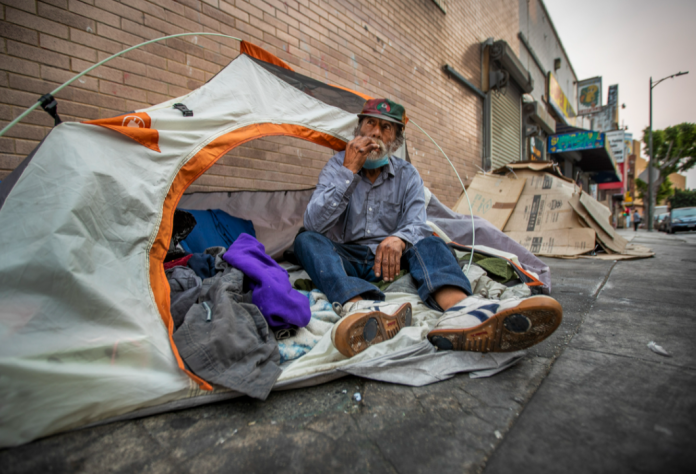 Los Angeles City has decided to build thousands of housing units and beds as part of a settlement. They hope to end an important portion of the long-running suit over housing the homeless in the Central City East and across its main city.

This proposed settlement between the Alliance for Human Rights and Los Angeles would require the opening of sufficient beds over 5 years, sufficient to house 60% of its unsheltered and homeless population in every district in the City Council.

LA city officials maintain that over 13,000 beds have been planned. They include permanent supportive homes and also beds that can temporarily accommodate the homeless.

The housing, named Proposition HHH has been voted in overwhelmingly by voters in Los Angeles to provide funds for the development of supportive housing for homeless individuals and families across the city.

Consequently, it remains uncertain how many more units will be necessary to achieve the promised goal of 60%. City officials surmise that the total building, which includes that part that has been planned, will entail a cost of anywhere between $2.4B and $3B for the next few years.

The final count of required beds will hinge on the January results of the homeless count. The count will be out in spring this year. City officials have calculated that they would require a total of 14,000 beds based on the result of the previous count done in 2020.

Los Angeles officials hope that by promising the new beds for residents, they will be able to impose anti-camping processes more stringently once the shelters have been completed. The last count in 2020 had thrown up figures of 41,000 homeless in Los Angeles, 70% of whom live in cars or are unsheltered.

LA County is not a party to the settlement in this case though it is a defendant. Los Angeles City officials have said that LA County should also be accountable for the thousands of homeless on its streets.

Amazon customers are warned about elaborate new scam where victims are tricked into handing...

Cristiano Ronaldo Praised For All Round Ability

Cosmos Holdings (COSM) traded 18107299 shares on hands in most recent trading session and observed an average volume with 0.0788K shares....

Tilray Brands, (TLRY) observed an average volume with -0.0286K shares and exchanged 118283 shares on hands in most recent trading session....