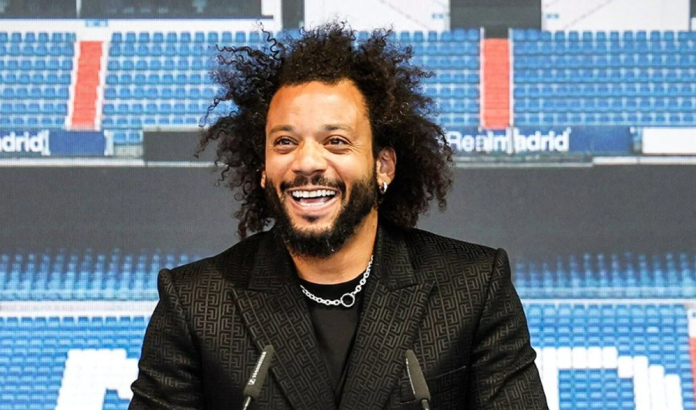 Marcelo bid Real Madrid an emotional goodbye as the most decorated player in the club’s history but insisted he has no plans to retire.

Marcelo has spent 15 years at the Santiago Bernabeu and will be a free agent when his contract expires at the end of the month.

Among those attending a farewell ceremony in Valdebebas were Marcelo’s teammates, Real Madrid president Florentino Perez, as well as Carlo Ancelotti and Raul, who is currently in charge of the club’s B team.

Marcelo Broke Down In Tears

“When I signed for Madrid, in my head I thought I could reach the top, and here I am the player with the most titles in its history,” said Marcelo who broke down in tears.

“It’s not goodbye, I don’t feel like I’m leaving Madrid. If you don’t give me a ticket, there will be trouble,” he joked.

Marcelo said he would have no problem playing against Real Madrid in the future, keeping open the possibility he will join another team in Europe.

“I haven’t thought about retiring, I think I can still play,” he said. “I don’t think playing against Madrid will be a problem, I couldn’t have done any more. I’m very professional.”

But he did not play in the final, with Ancelotti favoring Ferland Mendy at left-back for Madrid’s biggest games last season. Marcelo made only five starts in La Liga.

“This season I’ve hardly played but I have felt useful even without playing. I felt a responsibility,” Marcelo said. “Sometimes I would be furious with Ancelotti and then the next day we were sharing kisses and hugs.”

Marcelo joined Real Madrid in 2007 and made 545 appearances for the club in all competitions. He scored against Atletico Madrid in the 2014 Champions League final to make it 3-1 in extra-time, as Real Madrid won 4-1 in Lisbon.

“You are irreplaceable,” said Perez. “You should be proud of your brilliant career.”

You Need to Know this stock? Halliburton Company (HAL)

Breshad Perriman Saves The Bucs From Yet Another Loss