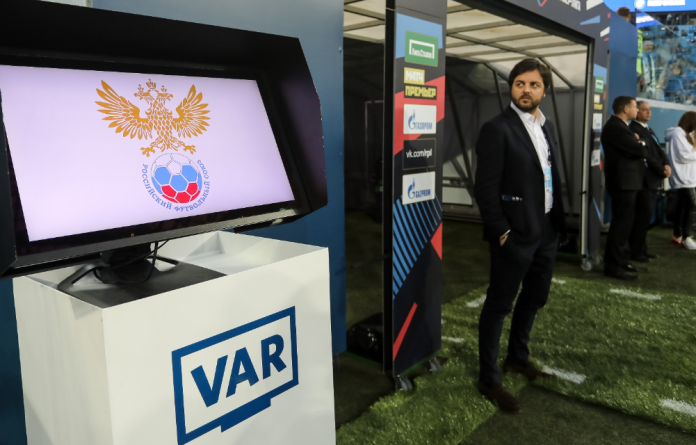 The International Football Association Board (IFAB) has announced that Intelligence semi-automated infraction technology would be available in time for the World Cup in Qatar.

One of the most significant problems with the Video Assistant Referee system is the length of time it takes to reach a judgment on an offside call, which may often reach up to 4 minutes. The semi-automated system that was created by FIFA should bring this time down to between three and four seconds by supplying the video assistant referee with information that is both quicker and more precise.

Gianni Infantino On The Offside Technology

It is used for the first time in “live” matches for the very first time during the Club World Cup in Feb, and it was deemed to be a huge success by FIFA. It has been thoroughly tested via FIFA tournaments over the last few years.

According to the IFAB, there will now be more debates, which will be followed by an assessment of the experiments, before FIFA makes a final decision about whether or not to utilize it for the World Cup, which will begin in November.

During a press conference held on Monday, FIFA President Gianni Infantino said, “It seems to be very nice and very hopeful.” “Before we make a judgment about whether or not it will be utilized for the World Cup, our specialists are now looking at [the trials].”

In addition, the head of officiating for FIFA, Pierluigi Collina, said, “My personal view is that I am extremely certain we can go through with this.” Accuracy, speed, and the ability to make choices that are widely accepted are all goals of ours. We were able to see, in games in which the semi-automated offside system was used, that these goals were accomplished. It makes use of the same method as goal-line technology, which we have seen is extremely widely accepted by the football world; nobody complains about this aspect of the technology. We have every confidence that the semi-automated offside will have the same response in terms of acceptability.

Experiments will also proceed into other methods of providing offensive players an extra edge in all offside scenarios across all games.

Hocus Pocus 2 Release: Sanderson Sisters Back As Midler, Parker, And Najimy Reprise Their...