On Monday, Representative Marjorie Taylor Greene issued a public apology for her comments regarding the rules for wearing masks in Capitol Hill. The “offensive” comments had compared the rules with the Holocaust. She had just finished a visit to the US Memorial Museum for the Holocaust in Washington.

On Monday, the Republican Representative from Georgia said admitted to saying the remarks and that these were offensive. So she wishes to apologize for the comments. She added that she was taught the lesson to admit her mistakes by her father. Marjorie Taylor Greene’s father had passed away in April. So she had no reservations about admitting her mistake.

The apology is a shift in her tone after the House is preparing to pass a resolution for censuring her. The statement was made weeks ago by Marjorie Taylor Green. She had called the decision of Nancy Pelosi, the Speaker, to making wearing masks a compulsion a Nazi step. She had said that Nazis had taken similar steps when they sought to persecute the Jewish at the time of the Holocaust.

In her interview in May, she had compared the masks to the Nazi mandate for the Jews of wearing gold stars. She said that back then, they were treated as citizens who were second class. She then claimed that Nancy Pelosi talked about the same kind of abuse.

However, her colleagues from the Republican Party criticized her for the remark. However, that had made her defend her comment even more heavily. However, it then had a repercussion on the fourteenth Congressional District of Georgia. Several voters were left dismayed by the comparison. Furthermore, Representative Brad Schneider, an Illinois Democrat, talked about introducing a resolution to censure such comments. Schneider had tweeted that Marjorie Taylor Greene’s comments were disrespectful to the victims of WWII. 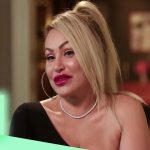 Darcey Silva’s Ex Cannot Get Over Her

Georgi Rusev still has feelings for his ex-fiance Darcey Silva. They ended their engagement last year, and in a recent podcast, he shared he... 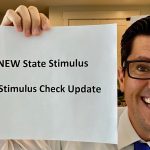 There is no guarantee that another or fourth round of stimulus checks would come. Three rounds of payments were issued starting from 2020 march... 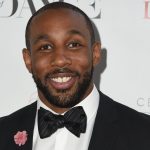 Stephen Boss’s Untimely Death Messed Up His Loved Ones

The 2023 Grammy Awards paid tribute to the late dancer Stephen Boss. It was too soon for someone of his age. It hasn't been... 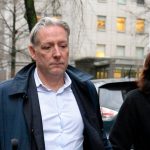 Money can make you blind, until now it was just a phrase. Hence Charles F. McGonigal proved it. After retiring from the FBI in... 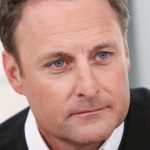 After Chris Harrison got the schedule of the hosting duties, he was bumped. He has been set up with Kaitlyn Bristowe and Tayshia Adams...