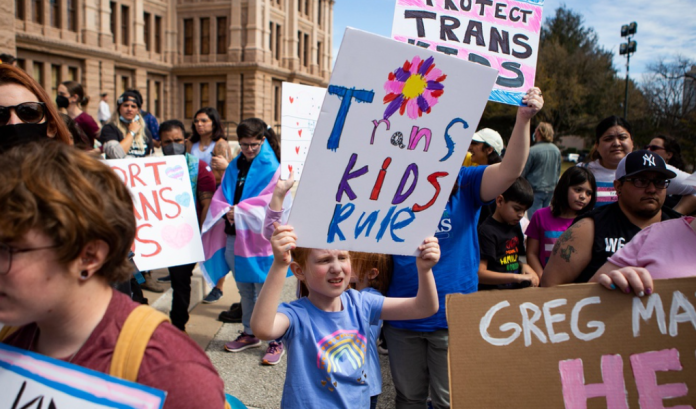 A judge in the state of Texas has blocked the state from delving into the charges of Texas Child Abuse- something the Governor believes to be the case. This has been grossly misappropriated in the news as child abuse in this case refers to gender-affirming care.

Judge Amy Clark Meachum of Travis County went on to state that the court had found enough evidence to serve a temporary injunction to this investigation. She further stated that the order from the Governor was definitely beyond the scope of his jurisdiction and was definitely unconstitutional. This was also strengthened by the belief that the parents of the transgender child and their psychologist had filed a case against the government which they would probably win.

Texas Child Abuse Charges To Not Be Investigated

The previous month saw Ken Paxton, the Attorney General of Texas claiming that the Texas Child Abuse was gender-affirming surgical procedures in young kids and drugs that affected one’s puberty to be considered as child abuse. In response to the legal opinion of Ken Paxton, the governor went on to direct the Department of Family and Protective Services in order to push through a prompt and thorough investigation for any reported instances of such ‘abusive’ procedures.

The Texas Child Abuse that the state has been perpetrating simply feels like a targeted attack on transgender children. The judge had ruled in the district court the previous week that the state had to stop the investigation of child abuse of a family that was seeking gender-affirming health care for their transgender child. The decision came directly from the American Civil Liberties Union and Lambda Legal- the LGBTQ civil rights organization.

While the Governor and the Attorney General did appeal the decision of Meacham against the Texas Child Abuse, the Third Court of Appeals of the state did dismiss the appeal over its jurisdiction. Lambda Legal and the ACLU did applaud the ruling of the judge in a statement that was put out on Friday.

Katie Ledecky Dethroned At The 2020 Olympics By The Terminator!