Home Sports Mark Davis Forced To Choose Between The Raiders And The Aces: It... 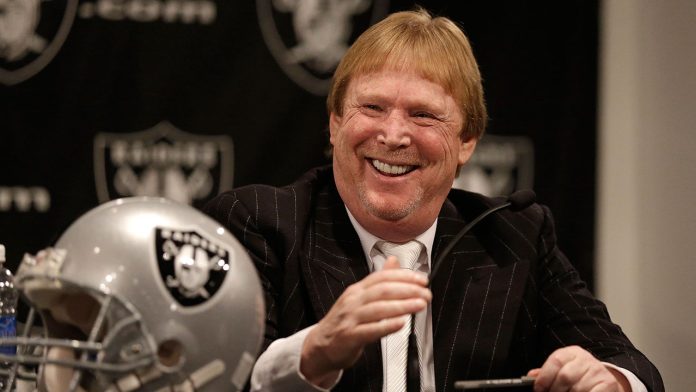 Mark Davis believes he shouldn’t be forced to make a decision. The Las Vegas Raiders and Aces owner is also faced with a very difficult choice.

Following their victory over the Seattle Storm on Sunday afternoon, the Aces will host Game 1 of the WNBA Finals. It will be their second participation in the championship game in the franchise’s history and their first since moving to Las Vegas and Davis taking over as owner.

But the Raiders will play the Los Angeles Chargers at SoFi Stadium in Inglewood, California, just over an hour after that game starts. Davis could not possibly attend both games based on logical considerations. He must make a decision.

The Raiders’ game on Sunday will take place in Los Angeles, according to Davis. He reasoned that was the best course of action because it was their first game under a new coach, and he knew his friends and family would be in town for the Aces game.

Mark Davis Forced To Choose Between The Raiders And Aces:

There’s a chance that Mark Davis will have to make that choice again. If required, Game 4 of the WNBA Finals will take place in Connecticut on Sunday. On that same afternoon, the Raiders will host the Arizona Cardinals.

He has a valid point. It is nearly always futile to compete with the NFL, the most watched sport in the nation and regularly tops the viewership ratings.

The WNBA has been advocating for a larger broadcast rights agreement, expanding quickly. The league has also recently generated astounding ratings. The finals of the previous season were the most watched since 2017, and this season’s regular season was the most watched in 14 years.

According to Mark Davis, trying to entice people to watch when the NFL is in action makes no sense.

Jim Banks Lashes Out At Pelosi For The Capitol Attacks Committee

Tax Credit And The Plan To Rescue America: All The Details