Marsha P. Johnson was also recognized by many as Malcom Michaels Jr. He was an activist for gay rights in the United States of America. He played a major role in the uprising of the 1969 Stonewall. Marsha P. Johnson is loved and respected by many people across the globe. One such admirer was Nikkie De Jager. Jager was among the LGBTQ guests that were invited to lighten up the Met Gala. Nikkie stated that Johnson was her idol and thus, decided to pay a fitting tribute to the “drag queen” at the event. This was Nikkie’s very first appearance at the prestigious Met Gala.

It is said that good deeds do not die even if your earthly existence perishes. That is exactly the situation with Marsha P. Johnson. The gay rights activist struggled a lot in her days. She faced a lot of criticism for standing up for herself. However, her gritty journey has inspired the LGBTQ community to speak for themselves.

Nikkie is a youtube sensation. She is one of the many successful LGBTQ individuals. Nikkie is a renowned entrepreneur of cosmetics and beauty. She wore a dress to the event that had the reference to the late Marshall. The youtube sensation wore an aquamarine-colored gown. The gown had the words “Pay It No Mind” woven on it. This phrase was famously used by Marsha P. Johnson.

Nikkie stated that her team had the idea of paying Marsha P. Johnson a tribute. Jager stated that she designed the gown exclusively for this purpose. Jager came out and revealed her identity to the world in January of 2020. She announced that she was a trans woman. Nikkie has over twelve million followers across social media.

Fortnite: How to Get the Star Wars Tie Whisper Glider for Free

What Are Sports Betting Lines & How Do They Work?

Why You Should Find an Interest in the English Premier League 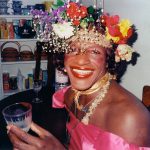 Marsha P. Johnson was also recognized by many as Malcom Michaels Jr. He was an activist for gay rights in the United States of... 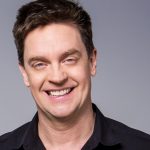 Jim Breuer is a renowned comedian. He has recently taken a disliking towards several locations. Breuer made it clear that he will not be... 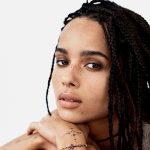 Zoe Kravitz has been spotted together with Tatum Channing. The duo was seen hanging out together at the Met Gala 2021. The event was...

Kim Kardashian is always known for her fantastic choice of styles. She was no different as she dressed up to appear for the Met... 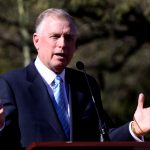 Did Dan Quayle Save Democracy In America?

Dan Quayle, the former vice-president of the United States of America during the administration of George Bush, is credited for a very important thing...