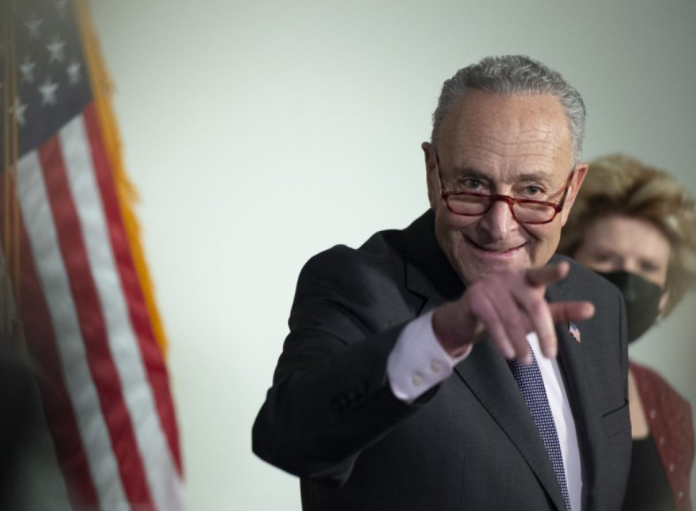 The American Senate passed legislation on the Government Funding Bill allocating $1.5T in funding to the government on Thursday. This includes the allocation of $13.6 million in aid to Ukraine to support the nation in its war against Russia.

The government funding bill was passed through a 68-31 bipartisan vote after the House permitted the package a day before. President Biden will sign the 2,700-page bill. It will hopefully avert agency shutdowns as the Friday midnight deadline looms for the expiry of US government funds.

Chuck Schumer, the Majority Leader in the Senate said that the US was keeping its promise to stand by Ukraine in its fight against the evil regime of Vladimir Putin. The Russian invasion o Ukraine is into its third week as Russian forces continue to pound Ukrainian cities.

The aid to Ukraine will help finance supplies of arms and other supplies. There is also the issue of humanitarian sustenance.

The legislation moved through finally after protracted negotiations dragging on for months over the issue of government funding, and policy priorities.

The funding bill comes even as lawmakers fall over each other to show their support for Ukraine in their bid to stop the Russian Invasion. Both Republicans and Democrats say that the federal administration should do more for Kyiv.

House Speaker Pelosi on Wednesday said that the Funding Bill will likely be followed by extra steps to help Ukraine in their battle against Russia and reconstruct following the destruction following constant Russian bombardment and shelling.

Republican Senators also urged the Senators to send the fighter planes requested by Ukraine’s President Volodymyr Zelensky. The President has warned that supplying airplanes would escalate the situation to dangerous levels.

The increase in defense spending to $782 billion, an increase of a whopping $42 billion, was applauded by Republican Senator Richard Shelby, the senior-most on the Senate Appropriations Committee.

Bitcoin Fighting To Bog Its Price Down At $29K

Jacob Roloff Is Too Excited To Be A Father