Home Politics Merrick Garland To Be The US Attorney General

Merrick Garland enters into a new legal chapter of his life. He has finally been approved by the Senate as the Attorney General of the United States of America. This comes after serving in the legal domain for a prolonged period of time.

The total number of votes involved in his case was 70-30. The confirmation of Merrick Garland to the post of Attorney General comes after a total of five years after his previous nomination. He had previously been nominated by Barack Obama, the then-president of the United States of America. He was nominated in order to work in the Supreme Court. This move was not supported by the then Senators of the Republican party. They did not show any consideration even for a mere hearing with regard to the post.

Merrick Garland will be the head of the department of justice following the appointment. He will have to deal with a number of delicate responsibilities. It includes the handling of political scandals to confronting the threat coming from the homegrown extremists.

Merrick Garland has stated some plans after completing his oath of office. According to him, the first thing he will be taking into account is the issue of the rioters who took over the Capitol building on the 6th of January 2021. He stated that he will bring them to justice. The 68-year-old Garland added that he will also be looking into the matter of those who organized the riot by funding it.

The riot took place on the day the lawmakers met in order to certify the results of the presidential elections of the year 2020. Merrick Garland had previously served in the year 1995 in the case of the federal building bombing. He went over to the city of Oklahoma to do so.

The Afghan Refugee Program Will Allow More Afghans To Settle In the US!

Some Americans Could Be Eligible For Another Round Of Stimulus Check 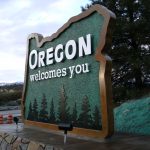