Mitch McConnell, the Senate minority leader, gave a statement with regard to the criticism of the voting laws. The Republican politician directly referred to the chief executives in his statement. He advised them to stay away from the issue of politics. This originates from the fact that the executives have not stopped themselves from criticizing the voting laws.

It was just last week that a few commercial companies went on to criticize the newly introduced voting laws in the state of Georgia. They included Delta, Coca-Cola, the soft drink giant, and a lot more. Major League Baseball also took the step of boycotting the state. Their All-Star Game was moved out from the state as a sign of protest.

Republican Mitch McConnell spoke at a press conference that was held in Kentucky, the home state of the minority leader. It was with regard to the involvement of the CEOs of various companies in the issue of voting rights. It was stated that the politician found the involvement to be utterly “discouraging.” He did find it right for them to meddle in the affairs of politics. He also went on to give a piece of advice to those who were voicing against the voting laws. Mitch McConnell told them to stay away from politics. He also told them not to side with anyone when it came to “big fights.”

The Senate minority leader further added that these huge commercial companies are not to give in to any campaigns of advocacy. It was stated that he found it shocking to witness the powerful institution of America to be permitting themselves to get and furthermore be a part of the bullying end. Mitch McConnell later issued a statement that said that the new voting law of Georgia is getting a wrong portrayal.

Kate Walsh Will Return For Season 18 Of Grey’s Anatomy

Drake Says His “Heart Is Broken” In First Statement Since Astrowrold Festival Tragedy! 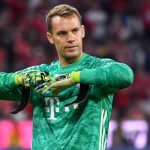 Manuel Neuer dissatisfied with their loss in the Champions League

Manuel Neuer, the goalkeeper of Bayern Munich is left disappointed at their loss in the Champions League against Villarreal.  As Samuel Chukwueze of Villarreal bore...

Cristiano Ronaldo has been one of the finest footballers of recent times. He is regarded as the best footballer in modern times along with... 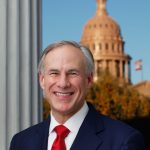 Numerous immigrants with no documents were transported to the capital of America this Wednesday on several buses. This decision was taken by Greg Abbott,... 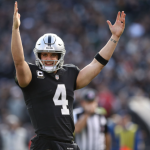 Derek Carr, the quarterback of the Las Vegas Raiders, recently gave his approval to an extension of a multi-year contract this Wednesday. Though no... 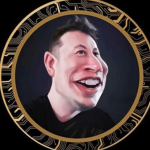 MuskMelon Shifts The Trend To NFTs And Gaming

Muskmelon seems to be the latest entrant in the race for the most promising NFT gaming platform in the industry. Bringing some really creative...