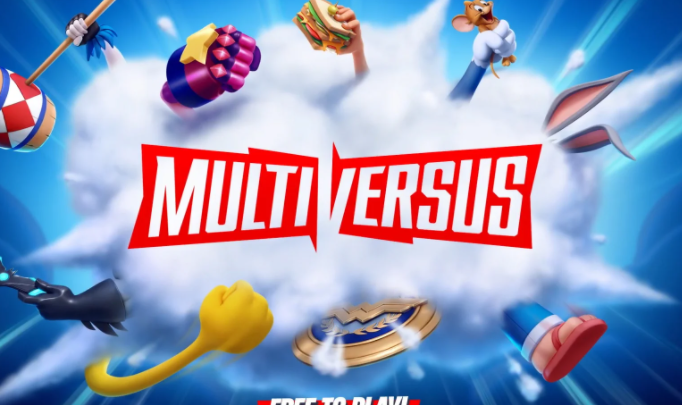 Warner Brothers games are now official with MultiVersus, a crossover free platform fighter that should be playable on most major platforms by 2022. It features multiple playable characters who are part of their trademarked assets. The game should be released soon and be a free download on the PlayStation series, Xbox, and Win PC.

Every character in MultiVersus will possess a unique number of abilities. For instance, Batman will have smoke bombs, Superman will be equipped with icy breath, while Ultra Instinct capacity has been given to Shaggy.

MultiVersus is built primarily around a 2v2 tag-team system. Teammates will have the ability to help you out in difficult moments.

For instance, the lasso of Wonder Woman can yank you back to the arena. Steven Universe has the power to install a shield before you.

Solo queue (1vs1) is a perfectly viable option too, while there is also a free-for-all between 4-players. In this version, 4 heroes will combat to the final man alive.

Original Voices Of Characters Give Authentic Feel To Multiversus

The characters in MultiVersus are supported by the voices of their original actors. This has made the experience of playing on the MultiVersus platform more immersive.

While Arya Stark has got his voice from Maisie Williams, Kevin Conroy has lent his voice to the character of Batman while Tara Strong speaks for Harley Quinn.

There are also a host of options to customize using cosmetic and skin items. For instance, for Superman, there is the Bizarro skin.

Before moving into a game, players have the option to customize the perk loadouts. This gives them an extra edge. These perks can be unleashed while playing the match, thus garnering sufficient XP. These can then be spent on the character screen. A trailer gives you a sufficient idea of the paid battle pass system . here you can reveal various features such as exclusive skins, emotes, and various other items.

Cross-play ability is also included in MultiVersus. SO a player on a Win PC can fight against or with a console player. New characters will be added along the way. By signing up on the official website, players will get to assess the MultiVersus in advance.

SNY Will Be Putting Up A Sales Sum Of $10.53 Billion For This Quarter

Peloton Interactive, (PTON) traded 4569565 shares on hands in most recent trading session and observed an average volume with 14424.81K shares....

Occidental Petroleum Corporation (OXY) disclosed a change of -0.05% and its listed share value at $64.11 in the recent trade transaction. This...

You Need to See this stock? Welltower (WELL)

Welltower (WELL) exchanged 4749106 shares on hands in most recent trading session and observed an average volume with 2951.65K shares. The...

Pinterest, (PINS) exchanged 4851562 shares on hands in most recent trading session and observed an average volume with 13984.51K shares. The...

Should You Observe this stock? Micron Technology, (MU)

VOLATILITY ANALYSIS: Volatility remained at 4.82% over last week and shows 3.59% volatility in last month. Market risk that established with...