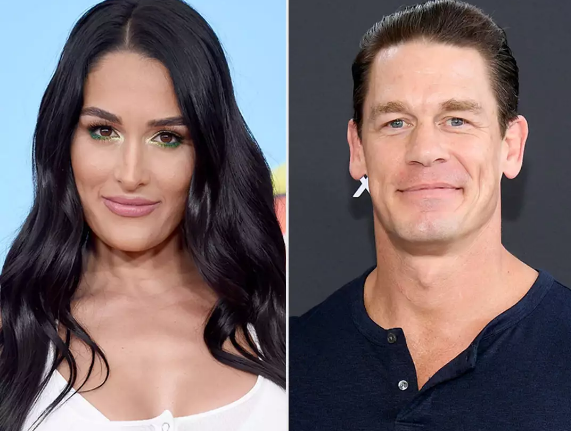 The 2018 split between Nikki Bella and John Cena, her longtime beau, was extremely amicable. However, that is what seems to be the problem. In an interview with Entertainment Tonight, the alum of “Total Bellas” said that the break-up was “hard” since the two still shared mutual love at the time when the high-profile couple decided to go their separate ways.

She added that she wishes the breakup was bad since that would have made it much easier to move on. She thinks many women face a similar situation where they know they love the person, however, they are unsure about whether the person is the one for their lives. She contemplates that, at times, we meet awesome people, however, we are not meant to stay together in the same life.

John Cena and Nikki Bella got together in 2012. In Wrestlemania 2017, the pair had gotten engaged. After a year, the couple broke apart. They then reconciled for a brief period before going their separate ways for good. No matter how much the former superstar of WWE wanted to work things out, her intuition kept telling her that Cena was not her perfect match.

Thinking back to their breakup, Nikki reminisced that not one person expected her to do so, however, her intuition kept making it very hard. She knew that the decision was correct despite the whole process being painful to the point of traumatizing.

After splitting up, however, both Nikki Bella, as well as John Cena, have found other loves. The actor in “Peacemaker” tied the knot in 2020 October with Shay Shariatzadeh. The couple held a more traditional ceremony with all the formalities in Canada, the previous week. Meanwhile, Nikki and Artem Chigvintsev, her partner in DWTS, got engaged in 2019, November. The couple shares Matteo, their son who is 1 year old.