On Monday, an appeals panel on the federal level decided that the NYC school vaccine mandate is legal, after all. New York City is the biggest school district in the nation. They further said that vaccine mandate for teachers can be imposed immediately. However, the top lawyers who are on the side of the teachers have stated that the US Supreme Court will be asked to intervene now.

The Fight Over The NYC School Vaccine Mandate

The Education Department of the city said that the NYC School vaccine mandate will be effective when Friday gets over. This is to allow all staff and teachers to receive their vaccinations by 4th October, the next Monday.

A judge in Brooklyn had decided adversely on the case which had prompted a teacher group to introduce the issue to the court of appeals. On Wednesday, a panel of 3 judges was assigned for hearing oral arguments on the NYC School Vaccine Mandate. On Monday, the order was issued after both submitted written arguments.

Mark Fonte, the attorney representing teachers and other staff, said that along with Louis Gelormino, another attorney, he will be immediately petitioning the nation’s Supreme Court for intervention. He said that they were disappointed and dismayed by how the events turned out. Fonte added that several thousand teachers are yet to be vaccinated. As a result, there might be no security or teachers left in schools.

The Education Department stated that vaccinations are the strongest tool as they seek to fight COVID-19. They appreciated the ruling and said it was on the law’s right side.

Meek Mill In Yet Another Controversy

FOXA Has A Hold Rating Given By Brokerage Firms 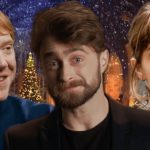 Wizards and Witches of the Wizarding World…the moment has finally arrived! The Harry Potter Reunion Special is OFFICIALLY out and we are NOT OK!...

Palantir Technologies (PLTR) observed an average volume with 38007.12K shares and exchanged 23474249 shares on hands in most recent trading session....