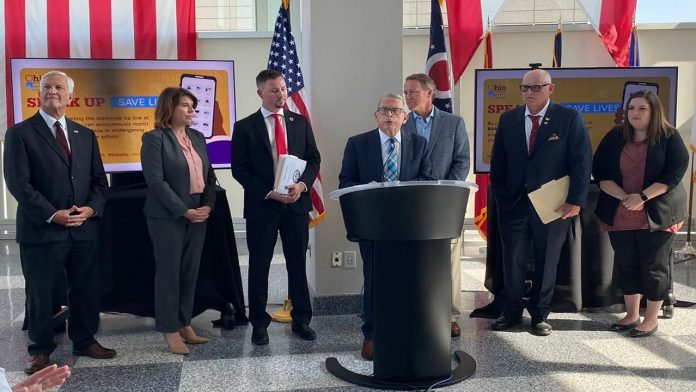 Ohio Governor Mike DeWine has signed a bill drastically cutting down the training time for teachers and school staff for carrying guns to school from 700 hours to a mere 24.

Employees have been permitted to carry guns on the school premises with the school board’s consent. But the state Supreme Court requires them to undergo the same basic peace officer training as undergone by security and law enforcement officers who are armed on campus. Till Mike DeWine ruled on the matter, this training entailed over 700 hours of instruction.

That ruling made it impractical for school teachers and staff from carrying any guns in the past, claims Mike DeWine. So under his new gun laws, all it requires is 24-hour training for a teacher or support staff to carry guns to school.

The governor believes this training would be sufficient for teachers to take on active gun shooters sporting automatic rifles capable of firing hundreds of rounds per minute.

Mike DeWine said his office and the Assembly together removed hundreds of curriculum hours that he termed as ‘irrelevant.’ He thanked the state legislature for the bill which he believes will protect the teachers and children of Ohio. Two Republican legislators voted against Mike DeWine’s bill new gun bill.

Republican State Senator Niraj Antani said that guns in schools would deter shooters. He claimed that his party had done an important thing to prevent further school shootings in Ohio. Critics have maintained that it would create more shooters as the guns could fall into the hands of teachers

A Successful Forex Plan Is Within Your Grasp