Behind Musk, Larry Ellison, CEO, Oracle is the second biggest individual shareholder of Tesla. The money is sticking together and it is sticking to California. Oracle is collaborating with Hewlett Enterprise and Tesla to move some operations in Texas. They explained the move by filing with the SEC late Friday.

Why Did Oracle Make Such A Move?

Oracle implemented a flexible policy of wor location for employees and changed their Corporate Headquarters to Texas, Austin from California, Redwood City. They think that this move will bring the best position of growth for Oracle and also provide flexibility to their personnel on how and where they work. This move means that the employees of Oracle can opt for the office location or work from home all the time or part-time. They are also looking for supporting major hubs across the world for Oracle including places in the U.S. like Austin, Seattle, Denver, Santa Monica, Burlington, and Orlando. By implementing these modern approaches to work, they are expecting to improve the quality of their output and employees’ life.

Musk compared California with a sports team that has grown quite complacent with winning and termed the state as the corporate exodus. Musk has blamed California for taking innovators for granted. Musk made all these comments in the Wall Journal interview on Tuesday. Musk has revealed that after being frustrated with this State he has decided to move to Texas. Hewlett Enterprise also declared that it was shifting its headquarters from California to Houston from San Jose this month. Houston being HPE’s biggest employment hub is the attractive market for retaining and recruiting diverse talents of the future.

The company is also constructing its new campus there. The company is also looking to consolidate numerous sites to its Jose campus. The move is associated with no layoffs. Abbott, Governor of Texas celebrated HPE’s move by welcoming the company to the ‘Lone Star State’.

Stimulus Check: Second Round Of $500 To Low-Income Workers 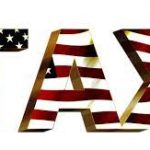 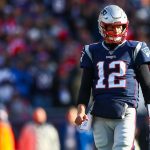