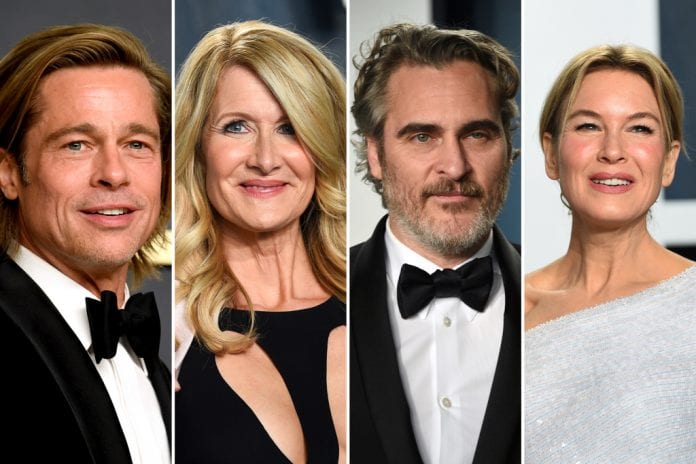 The A-list of Hollywood is going to be present in full force at Oscars 2021 that is going to take place in the next few weeks. Reese Witherspoon, Harrison Ford, Halle Berry, and Brad Pitt are just some whose names have been already announced.

The Top Tier Feature At Oscars 2021

Oscars 2021 will air on Sunday, on 25th April as per the Monday announcement by the Academy of Arts. Brad Pitt had received the award for being the best actor in the supporting role last year. Other winners like Laura Dern, Renee Zellweger, and Joaquin Phoenix will also be joining.

Among the list of presenters announced till now are also Zendaya, Rita Moreno, Marlee Martin, Regina King, Bryan Cranston, Don Cheadle, Bong Joon Ho, and Angela Bassett. Jesse Collins, Steven Soderbergh, and Stacey Sher, the producers of the show, stated that they are approaching the Oscars 2021 by treating it like a movie. As such, it is only logical that a cast of celebrities that is stellar is assembled. They warned that there is so much shine, sunglasses will be a handy accessory to keep by the side.

The full list is yet to be announced. Oscars 2021 will have a distinctly different look from ceremonies of other years. In last month’s press release, the producers admitted to having made a definite plan to make Oscars 2021 play out similar to a film and not just another show on television.

In March, the producers had sent letters to nominees providing various requirements for appearing at the awards show. The three producers revealed that the nominees will not have the option to watch the show live on Zoom. The letter also said that great lengths are being taken to ensure an enjoyable and safe evening for everyone attending. As such, virtual attendance will hamper the atmosphere, they feel.

Analyzing PFE Stock After It Received A Price Objective Of $42