Owen Wilson is one of the most recognized names in the American film industry. He is an exceptional actor and also a capable screenwriter. Wilson has close connections with Wes Anderson and has collaborated with him multiple times. Some of the mentionable works of Owen are Rushmore, Bottle Rocket & The Royal Tenenbaums. His caliber earned him nominations at the BAFTA. Owen Wilson however, seems to be having a great phase of his life at the moment. He has been selected to host the prestigious show Saturday Night Live. Wilson will make his debut in the season premiere of the show for the forty-seventh edition. Let us learn more about the incident below.

It has almost been a dream come true for the actor. Wilson is ecstatic as he is all set to make his debut as a host. He has been roped in to play the host of the 47th season of Saturday Night Live. Wilson will be joined by Kacey Musgraves to add a musical flair. Fans are highly expectant from the show’s latest inclusions.

Audiences have long complained about the show following a set pattern. The officials seem to have listened to their fans. The latest signings hint at the desire of the show for a change. The inclusion of Owen Wilson will surely add a touch of humor.

The latest season of the show will have some significant absence. Long-time members Beck Bennett & Lauren Holt decided to quit the show. Both of them were associated with the show for a very long time. Fans will miss the hilarious presence of Bennett. He was often referred to as the Randy Marsh of live TV. Bennett was famous for his satires and portrayal of the absurdness of fair-skinned males.

Stephanie Grisham Claims To Have Shielded One Aide From President Trump 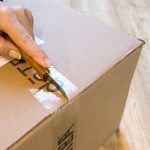