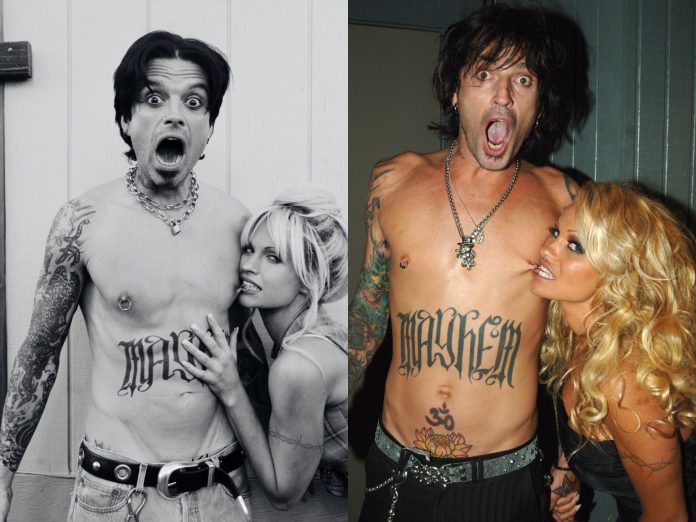 The major stars and the hair give Pam & Tommy the American Crime Story vibes. Their tagline should be the only reason why it was made. The latest trailer released promises fun and excitement. The soon-to-be-released Hulu production has been directed by Craig Gillespie. He won an Oscar nomination in 2017 with ‘I, Tonya.’ His directorial style is very similar to Scorsese but it manages to leave the viewer mostly satiated.

Pamela Anderson’s fame had increased after her role in the massively successful Baywatch. The couple’s fame exploded further when a personal tape was stolen. Their disgruntled contractor (played by Seth Rogen) stole the videotape from the couple’s house safe.

The contents of the videotape were released online in 1997 and it sent the world into a frenzy. Pam & Tommy is a crime caper, a cautionary tale, and a love story. It has eight episodes. It will explore the crossroads where privacy, celebrity, and technology meet. It will trace the roots of the modern reality television age to a sex tape watched by millions of people.

‘Pam & Tommy’ has DV DeVincentis, writer and producer of ACS, and Robert Siegel, ex-chief editor of Onion, as directors. Gwyneth H Payton and Hannah Fidell were directors as well.

Pam & Tommy seems like it will be fun even as it highlights the sexism in the sex tape scandal. On Feb 2, Hulu will release the first 3 episodes.

New Zealand To Close Shop Over One Covid Case

Stimulus Check Update- Claim Your Payment Before It Gets Too Late!

Zelensky Takes Center Stage In Congress: Desperate For Help As The Horror Escalates