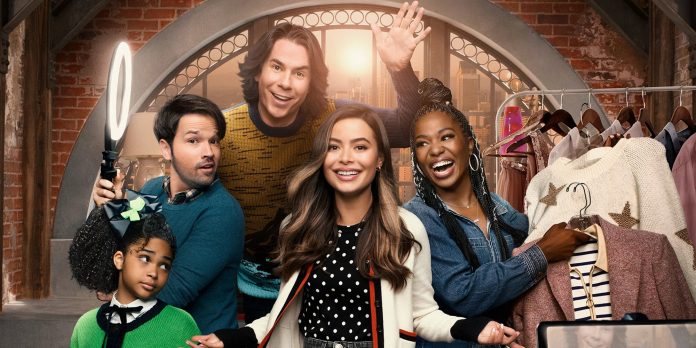 The popular television series iCarly recently released its new and first trailer of this season. The television series is telecasted on the famous kid’s channel Nickelodeon. After the launch of the teaser, fans are already awaiting the premiere on June 17. Maker Dan Schneider’s iCarly originally saw a run for five consecutive years from 2007 to 2012 and was tremendously popular at the time. The titular role of Carly in the series is portrayed by Miranda Cosgrove. She reprises her role once again in the newer edition of the show.

Miranda Reprises Her Role In iCarly

The teenage show now takes a leap of about 10 years showing the characters in their twenties. Carly and her friends mark their return to the show to steer clear of their respective families, work, and love. Miranda Cosgrove once again arrives back with Carly but this time around with a different flavor altogether. The initial few seasons saw voiceover roles. However, Miranda Cosgrove makes her comeback to the show with live-action roles in the new season.

Nathan Kress and Jerry Trainer also make their comebacks with the iconic roles of Freddie and Spencer. However, fans will be highly disappointed to know that Jennette McCurdy and Noah Munck will not be reprising their roles as fan-favorite Sam and Gibby. Though the audience might feel a bit saddened by their absence, the makers are also introducing newcomers Jaidyn Triplett and Laci Mosley as Freddie’s stepdaughter Millicent and as Carly’s roommate Harper.

The new trailer showcases striking similarities with the original series giving the viewers a peek into the contrast between the initial show and the newer addition to it. The expectations remain really high with the combination of nostalgia and modernization of the show all brought into a single plate by the makers. iCarly opens on 17 June with its first three episodes. The show will have newer episodes on a weekly basis every Thursday.

Kamala Harris Being In The Pride Event Created History