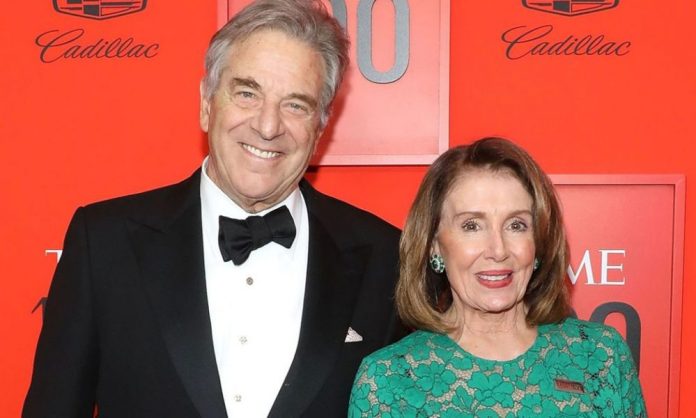 Paul Pelosi attacker DePape broke into the house of House Speaker Nancy Pelosi, and her husband, with the intent to kidnap and injure her, according to federal complaint charges. The suspect who faces both state and federal charges told law enforcement authorities that he intended to hold Nancy Pelosi hostage and also “break her kneecap.”

The 42-year-old DePape instead came upon Paul in the couple’s townhouse bedroom in San Francisco a little before 2:30 am on Friday. Federal investigators have brought 2 charges against the assailant after he broke in and caused serious head injuries to Paul, 82, using a hammer.

Nancy Pelosi’s husband was critically injured and suffered a skull fracture and other serious injuries to his hands and arms. DePape faces a federal charge for impeding, influencing, and striking out against an official and threatening and attacking a member of their family.

He has also been charged with the attempted abduction of an American official engaged in official duties. If the charges stand, DePape could be in prison for 30 years. He also faces several state charges that include assault with a lethal weapon, attempted murder, elder abuse, burglary, and intimidating an official.

Those are separate charges filed by Brooke Jenkins, the District Attorney of San Francisco. Jenkins has alleged that it was a politically motivated attack and said that the charges filed by the state could attract 13 years of imprisonment to life.

The DA confirmed that Nancy Pelosi was the main target of DePape’s attack, and he attacked her husband while asking him about her. The Justice Department provided details of the attacks which showed that police were already inside when DePape swung at Paul Pelosi, fracturing his skull.

Police have also recovered zip ties, rope, a tape roll, a hammer, a journal, and a pair of gloves. Police said that Paul Pelosi managed to slip into the bathroom from where he called the police.

Kylie Jenner On Being The Mother Of Stormy

Nikola Corporation (NKLA) disclosed a change of -0.76% and its listed share value at $2.61 in the recent trade transaction. This company...

Should You Observe this stock? CVS Health Corporation (CVS)

VOLATILITY ANALYSIS: Volatility remained at 1.97% over last week and shows 1.76% volatility in last month. Market risk that established with...