Priyanka Chopra is one of the most versatile actresses in recent times. She was born in India and started her career in modeling. Chopra gradually blossomed into a well-versed actor and had great success in Bollywood.

She appeared in a number of great movies and has received global recognition. Priyanka has recently shifted her focus to US entertainment and has been doing fairly well as well. Unfortunately, the actress has been involved in a couple of controversies in the previous year.

Chopra is married to Nick Jonas. One of the biggest controversies was when she dropped the surname ‘Jonas’ from her name. Speculations of their divorce ran wild until Chopra debunked it publicly.

Priyanka was also heavily criticized for agreeing to feature in the show, “The Activist”. The program was supposed to be a reality show. Priyanka was listed as the judge along with Julianne and Usher Hough.

Unfortunately, the could not be aired as it received tremendous heat from the internet. Priyanka Chopra stated that the purpose of the show was not bad.

However, it was a sorry state of affairs that the audience misunderstood the purpose. Let us learn more about the story in detail below.

Priyanka Chopra is no alien to controversies. The recent  “Activist” controversy made her feel low recently. The show was set to feature a total of six participants.

These participants would be addressed as “Activists”. They would go one on one elaborating their causes and in turn, aiming for victory.

However, the public thought this was a bad idea. They lashed out at the show for making the participants pit against one another. Priyanka Chopra referred to the incident as tragic and said she had no idea about the show’s future.

Chopra is currently shooting in London. She will be appearing in an action movie from Amazon.

Ohio State Basketball Had A Defensive Setup In Their Maryland Win 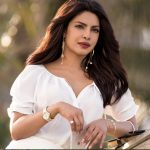 Priyanka Chopra is one of the most versatile actresses in recent times. She was born in India and started her career in modeling. Chopra...

Britney Spears is having a hard time getting out of her family controversy. Spears has been involved in a nasty battle with her family... 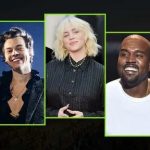 Coachella Valley Music and Arts Festival's official 2022 program has been revealed by Billboard after two years of postponements and cancellations due to the... 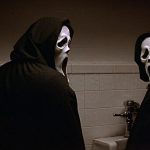 Scream is a film that falls in between a reboot and a sequel (or a requel). It is not exactly a reboot because it... 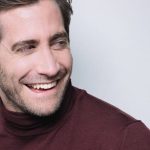 Taylor Swift's 2012 album, Red, had a resurgence in 2021 when she re-recorded it, and now Swifties are noticing some new similarities between the...