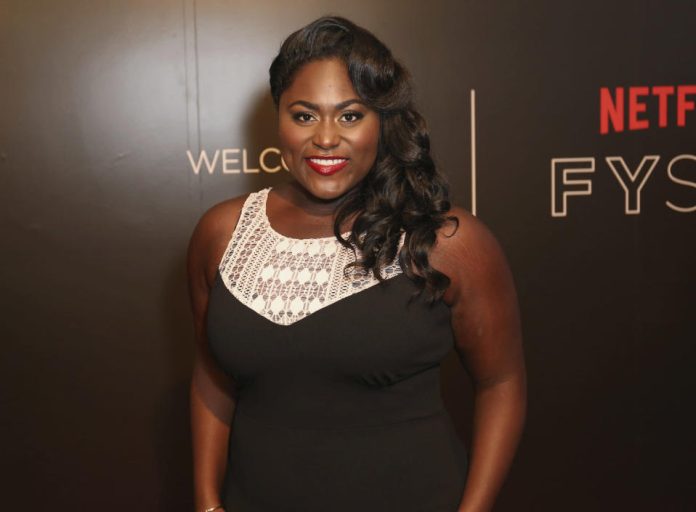 Danielle Brooks married Dennis Gelin in a beautiful Miami ceremony on January 13, which she documented on Instagram. The Orange Is the New Black star donned bridal gowns by Christian Siriano and Alonuko, two designers with whom she has a personal relationship.

Danielle Brooks wrote in an Instagram post that she did not have words to express how grateful she was to have a friend like Siriano. He has always been there for her. From her first red carpet appearance to her wedding day. She thanked him for her three in one dress.

Danielle also noted that finding a black wedding dress designer was extremely important to her and that Alonuko created the embroidered flowery dress of her dreams.

Alonuko, according to Danielle Brooks, was a lucky break. He was an absolute pleasure to deal with. He made an extra effort to fly from London to the United States two days before her wedding to ensure her dress arrived on time. She complimented him on his professionalism and ability.

According to Vogue, Danielle Brooks and Dennis became engaged two years ago after the birth of their daughter, Freeya, now two, who was the flower girl at their wedding.

While the married couple walked down the corridor inside the Alfred DuPont Building, Broadway actors Amber Iman and Jeremy Pope sang A Thousand Years and We Will Never Break.

Guests chatted during cocktail hour after the service. They found their names and supper table numbers via chocolate chocolates wrapped in gold. The reception’s theme was Chocolate Love. With a palette of jewel tones and gold, wedding planner Darryl Moore of D’Concierge Wedding created the illusion that guests were dining in a box of Godiva chocolates.

The newlyweds took additional photographs over drinks, and then the bride changed back into her Siriano gown for the celebration. At every stage, decisions were made to ensure that everyone’s safety was a primary concern. Waiters, for example, carried napkins with the names of the foods written on them besides the hors d’oeuvres to avoid any yelling and the associated transmission of germs. Hand sanitizers were also provided for each seat by Michael Makes Scents.

Daniil Medvedev Did Not Give Up Hope Of Competing

Photoshop for iPad gets another batch of desktop features

Expect colleges to test students for COVID on a ‘weekly basis’: Assistant Professor

Nancy Pelosi’s Advice To The Democrats