Home Sports PSG Wins Against Lille, 2-1, Di Maria Leads The Team To The... 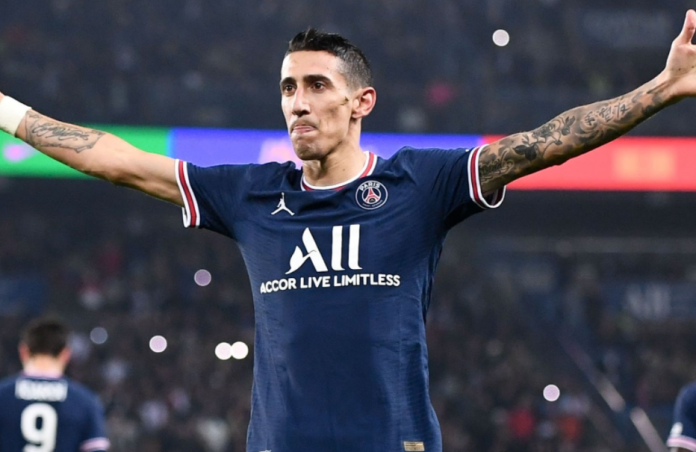 Angel Di Maria set the equalizer for PSG and then score the winning goal, himself, against Lille on Friday.

The game ended on 2-1 and stretched PSG’s lead at the top of the French league to 10 pts.

Jonathan David gave Lille the lead with an effort in the 31st minute, but Di Maria made the difference in the second half. He provided a clipped pass for Marquinhos, who volleyed the ball into the net from six yards in the 74th minute. Di Maria then played a one-two with Neymar before burying the ball into the bottom corner in the 88th minute.

How The PSG v Lille Game Went Down

Lille dominated the game in the first half and managed to create 3 big chances for themselves. They just scored one from these chances against the short-handed PSG.

The visitors threatened in the opening minute by hitting the Paris club on the fast break. Jonathan Ikone outpaced Presnel Kimpembe to make a low cross for Burak Yilmaz, whose effort was saved by Gianluigi Donnarumma. Then Yilmaz found Ikone in the 14th, but the Lille winger missed the target from 12 yards as he was put off by Thilo Kehrer.

Lionel Messi had been doubtful because of a small muscle problem but still started the game for PSG. However, Messi struggled in the role of a false nine, volleying wide after a cross from Di Maria in the 30th, and was replaced by Mauro Icardi at halftime.

Di Maria was PSG’s biggest threat throughout, and forced goalkeeper Ivo Grbic to parry his long-range strike in the 59th. The Argentine then crossed for Icardi, who headed over the bar in the 73rd, before setting up Marquinhos for the equalizer a minute later.

Coronavirus: US braces for a possible 4th wave of COVID-19 as cases increase

Should You Observe this stock? SmileDirectClub, (SDC)

SmileDirectClub, (SDC) observed an average volume with 2903.65K shares and exchanged 21017949 shares on hands in most recent trading session. ...

American Airlines Group (AAL) traded 21094733 shares on hands in most recent trading session and observed an average volume with 34834.89K...

Are You Looking For Active Stock? Payoneer Global (PAYO)

Payoneer Global (PAYO) disclosed a change of 17.96% and its listed share value at $6.7 in the recent trade transaction. This...

ChargePoint Holdings, (CHPT) exchanged 21207098 shares on hands in most recent trading session and observed an average volume with 10198.4K shares....

Meta Platforms, (META) exchanged 21224415 shares on hands in most recent trading session and observed an average volume with 30041.2K shares....