Hank Johnson, the House of Representative member belonging to the Democratic Party, was one of the people who got arrested on the 22nd of July. The Capitol policemen were in charge of the arrests. The protests were going on concerning the subjects of the rule of filibuster and voting legislation. The protestors were present in order to express their disappointment on the lack of initiative by the Senate with regard to those two subjects.

The representative hailing from the state of Georgia, took to the social media platform, Twitter, in order to talk about his arrest. He also shared a video snippet through his tweet that revealed him in handcuffs. In his caption, Democrat Hank Johnson stated that the kind of trouble he fell into was a good one. The Congressman was not alone in the protest. There were others as well who were detained by the same policemen.

The protectors then went on to march in front of the building where the office of the US Senate is situated. The demonstrators were arrested by the Capitol police for carrying out demonstrations outside the Senate office building. The office of Hank Johnson stated that he was arrested along with some activists of voting rights who belonged to the community of Black. Together, they fought against the inaction of the US Senate with regard to the rule of the filibuster as well as the voting rights.

Are You Looking For Active Stock? Viridian Therapeutics, (VRDN) 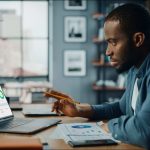 If you have recently retired, congratulations! You have joined the nearly 30 million retirees who have recently entered retirement. While this is such an...

$768B Defense Bill Pushed Through The Finish Line: Bipartisan Eruption Wins The Day

Despite GOP opposition over the inclusion of women in the draft, the House passed the $768 Billion Defense Bill voting 316-113 in favor after...

Several Trump advisors are part of the first round of January 6 subpoenas including Steve Bannon. The Congressional Committee that is investigating the attempted...

The special envoy from the USA to the island nation of Haiti, Daniel Foote, recently submitted his resignation to the Secretary of State. His...

Cassandra Peterson has come out for the first time about a sexual assault that she faced at the hands of Late Wilt Chamberlain. In...