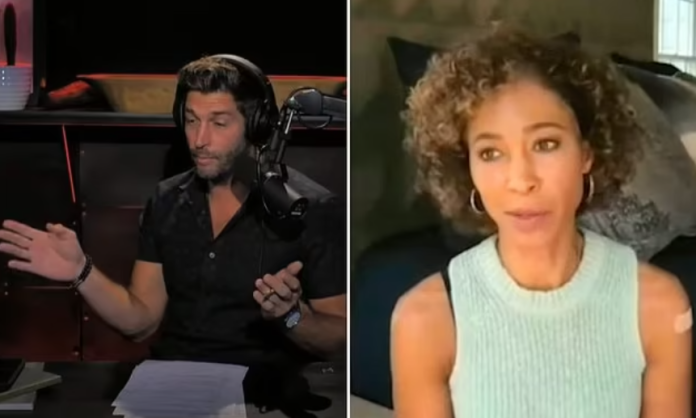 Sage Steele was called a “clown’” by Hill after she made references to Obama and his ethnicity. She has been temporarily removed from ESPN for her comments which included thoughts about President Obama and the vaccine.

Sage Steele spoke about various issues in Jay Cutler’s podcast which included the ideas of race and ethnicity.

Sage Steele is African-American and Italian/Irish and shared how she designated her race on the US Census report.

She blatantly stated that Obama chose to be Black even though his Black father was nowhere to be found. His white mother and grandmother raised him but it is fine by her. She added that her white mother must have been present during her own birth and they loved him as much as she was loved by her Black family.

Black Twitter responded to Sage and slammed her. Jemele Hill sent out a reply to her comments, on Twitter.

Hill described her behavior as clownish and stated that Steele thought those female journalists who dressed in a certain way should know what they are doing before they put on the dress.

She also tweeted that it was worse when people heard it and attached a link to the clip, where she spoke about female journalists.

Cutler told Sage Steele that she was the “Candace Owens” of ESPN. His comment came after she passed criticism about her vaccine stance.

Sage Steele is one of the more prominent conspiracy theorists regarding the vaccine. She’s upset over ESPN’s vaccine mandate, which she called “sick” and “scary” during the podcast episode. ​​She has recently apologized for the comments that she made and said that she knows that her views had created a controversy for the company.

Biden and crypto: Here’s a look at how the Biden administration may handle cryptocurrency...