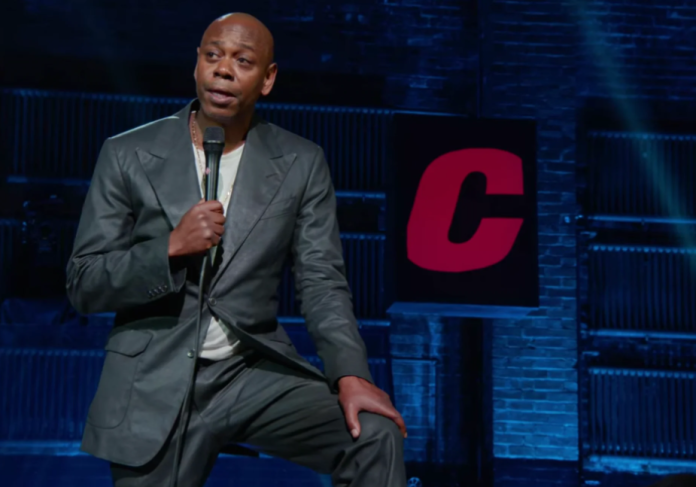 Dave Chappelle released a new comedy special called “The Closer”, on Netflix. He made a joke about the rapper DaBaby, which has now become quite controversial.

Dave Chappelle is well known for his jokes about sexuality and race and stated that killing an African-American is deemed to be less offensive than upsetting the LGBTQ members. He cites DaBaby’s downfall as proof.

DaBaby had admitted to shooting a 19-year-old, in 2018. He shot the man in a Walmart in North Carolina and claimed to have acted in self-defense. Prosecutors dropped that case and released him after which he dropped 2 chart-topping albums.

DaBaby’s career came crashing down this year after he made homophobic remarks in Miami. Festival organizers dropped him from the shows while he complained that he was “canceled”.

This entire saga is demonstrated by Dave Chappelle in “The Closer”.

The audience erupted with laughter then Dave added that, he hoped people understood where he was going with this. In America, you can shoot and kill a Black person but you are not allowed to hurt a gay man’s feelings.

The joke sparked debate on Twitter. Some people appreciated Dave’s joke and stated that he had every right to mock the rapper. His homophobic comments were quite offensive and poor in taste.

DaBaby is lying low now after he passed the anti-gay slurs onstage. He stated that people should put up their cellphones if they do not have HIV/AIDS or any other sexually transmitted diseases that can kill them in 2 weeks.

Dave Chappelle is no stranger to accusations of homophobia, himself.

He has poked fun at the LGBTQ community in the past but has now stated that he will not make any jokes unless the community is laughing along with him.

Despite Rumored High Pricing, Sony Bullish and Confident Over the Sale Numbers of PS5

There are more Realtors than homes for sale. Follow one trying to close his...