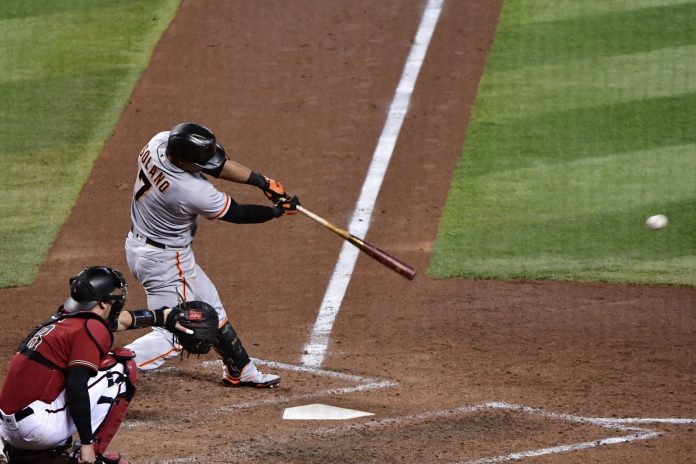 Mike Yastrzemski of the San Francisco Giants had a night that will go down in history. For the entirety of the match, the Arizona Diamondbacks were in charge comfortably. They had a lead of 7 runs and were on the brink of breaking their losing streak. But it was not to be.

The Arizona Diamondbacks are inching closer to a most hated record. Arizona could not hold on to a lead of 7 runs against the San Francisco Giants. As a result, this was their 21st consecutive loss on the road. The record for most away losses in the MLB stands at 22. In the 8th, with the Giants already having two hitters out, Yastrzemski hit the grand slam. As a result, the score read 9-8 in favor of the San Francisco Giants on Tuesday.

Arizona had put 7 runs on the board by the 2nd. However, the loss is their 12th consecutive loss as a whole. Josh Rojas, the man at second base for the Diamondbacks, said that losses always hurt. But losing to an eighth-inning grand slam was much tougher. He said that the team had played a bad game. But that was not the case. Moreover, the home run was three inches long of being a foul. This loss had a special sting.

The San Francisco Giants were down 5-8 in the bottom of the 8th. However, Belt hit a double as he led the charge off Humberto Castellanos’ pitch. The Giants had the bases loaded at the expense of two outs. Then Mike Yastrzemski hit the first grand slam of his career past fence on the right field. He said that everyone in their dugout had full confidence they would win the game. He was hoping that the ball did not start to hook, but in the end, it was exciting.