The spending bill amounting to a total of 3.5 trillion USD, has finally been partly approved by the members of the House of Representatives, the White House, and the Senators from the Democratic Party. The reason why the word “partly” is used is that an important part of the bill, that is the framework, has been agreed upon. They have decided the source of the 3.5 trillion USD. This incident took place on the 23rd of September that fell on a Thursday.

It is to be noted that not all members of the Democratic Party had shown support to the spending bill. A large part of it was due to the financial side of the bill. And even after the agreement, the leaders did not give away much information on the framework that has been decided upon. No statement was provided from Nancy Pelosi.

Nancy Pelosi was not alone at the press conference that takes place on a weekly basis. Others who were there include Chuck Schumer, the House majority leader, and Janet Yellen, the Treasury secretary.

Chuck Schumer stated that the infrastructure of the spending bill had been agreed upon by all the stakeholders like the Senate, the House, and well as the White House. And declared that the revenue matter had already been agreed upon. The moderates who do not favor the bill are Kyrsten Sinema and Joe Manchin who are both Senators.

Elijah Wood Designed An Orc In The Lord Of The Rings That Looked Like...

Sarasota County Defies DeSantis On His Ban On School Masks! 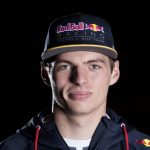 Max Verstappen is one of the most gifted drivers of the current times. He is a renowned face in the racing circuit. Max was...

The Oval Office has postponed the disclosure of the JFK Assassination Documents citing the significant impact of the Covid-19 pandemic. This was announced late...

Former President Barack Obama has called for voters in the state of Virginia to shake off their exhaustion and participate in the Virginia Gubernatorial...

According to the latest media reports, John Mulaney and Olivia Munn seem to be enjoying quite a whirlwind romance- after his brief rehab stint....

A female crew member has died and another injured following an accident involving a prop firearm on the New Mexico set of the film...