Asa Hutchinson, Republican Governor of Arkansas lamented that the situation has turned into something very disappointing to accept. Asa Hutchinson said that politics have a major role to play in whether Americans decide to get their vaccination done or not.

During his interview with Van Susteren, which will air this Sunday, Asa said that the political leaning of Arkansas explains the lower rate of vaccination within the state. He has called Arkansas a rural state. During this interview with Van Susteren, Asa Hutchinson said that Arkansas is a very conservative state. According to Asa, conservatives are naturally hesitant regarding the government. However, the current party in power must counteract this situation by providing the citizens of Arkansas with better information, less misinformation, and building confidence.

He also added that every time, people don’t listen to their government, they listen to their medical doctors, somebody they trust, or their trusted advisors. He continued by saying that it is the best technique to persuade the people of Arkansas in changing their attitudes.

The Republican governor was questioned by Van Susteren regarding whether somebody’s choice to take the vaccine depends on their political interests. Asa Hutchinson replied by saying that it is a very disappointing thing that the situation has politics attached with it. He also added that while he has always been a supporter of Trump, former President of the United States of America, he has received his vaccine. Arkansas is among a few American states that are constantly witnessing a rise in new Coronavirus cases. According to the report and data published by CDC, on Friday, Arkansas recorded more than 2.400 new Coronavirus cases.

Matthew Wolff Disqualified At The Masters

T-Pain Recalls Depression After Usher’s Comment On His Music 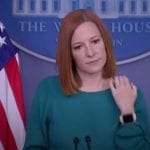 Jen Psaki, the press secretary of the White House, gave a statement on the sitdown that took place between Boris Johnson, the Prime Minister... 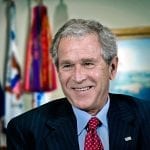 George W Bush, the former President of the United States of America, will be organizing one of the fundraisers. It will be done someday... 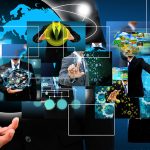