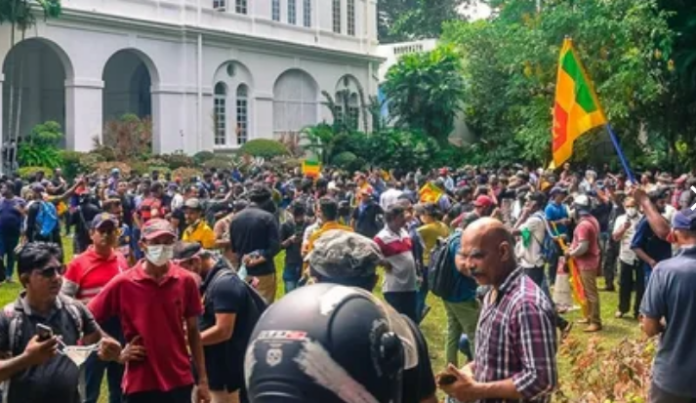 With the turmoil increasing in the island nation, the opposition political parties of Sri Lanka recently met to agree on a new government. This meeting took place just a day after the president, as well as the prime minister of the country, decided to resign on the most dramatic day that was the result of a political turmoil going on for months. This day was also a witness to protestors storming into the palatial homes of the leaders and setting fire to one of the buildings in a frenzy regarding the economic crisis.

A large number of protestors still stayed back in the home of President Gotabaya Rajapaksa, his seaside office, as well as the residence of the prime minister, as they stated that they would hold the places until they resigned peacefully. As it stands, soldiers were deployed, and Shavendra Silva, the Chief of Defense Staff, also called for public support.

Sri Lanka In Turmoil- New Government Could Be Set Up

One of the top officials in the main opposition party of Sri Lanka- the United People’s Front-, Ranjith Madduma Bandara, stated that multiple discussions were being held with other lawmakers and political parties- ones that broke away from the ruling coalition of Rajapaksa. While he did not reveal when an agreement would be reached, despite reports of it being finalized on Sunday. M. A. Sumanthira, another lawmaker for the opposition, also stated that all the opposition parties had combined- which could easily muster around 113 members that were needed to show a mass majority in the Parliament. At this point, they would be requesting Rajapaksa to bring on the new government, and then resign completely.

The Sri Lankan President, Rajapaksa, had already vacated his residence before it was stormed by the protestors, with Mohan Samaranayake, the Government spokesperson, stating that he had absolutely no idea about the movements of the disgraced President.

Mary Trump: He’s going to Texas to make a stand