Senator Joe Manchin has put forward some basic building blocks that would ensure that democracy is accessible to all and not restricted by geography. And those proposals that he has set forth have the support of former gubernatorial nominee Stacey Abrams.

Stacey Abrams praised the West Virginia Senator’s recommended changes to polling rights legislation. It is a significant statement as he is considered a leader within the progressives supporting the issue.

Stacey Abrams said that the provisions that Senator Manchin has put forth will ensure equal rights and powers, and set standards that will remain constant across the country. stacey Abrams is a strong advocate of equal voting rights and a Democrat.

She said that the proposals put forth by Senator Manchin will guarantee better access to voting rights even as state legislatures try to impose restrictions on voting rights.

Senator Manchin holds a key vote for the Democrats as the Senate is tied 50-50. He is opposed to the For the People Act as it is in its sweeping form. He has been opposed to it on grounds that it doesn’t have bipartisan support.

He set forth a suggestion that would prevent gerrymandering, the manipulation of boundaries of an electoral constituency to influence voting patterns. The other provisions that he would support include an automatic voting register, mandating a minimum of 15 days of early voting for federal elections. He is also for turning Election Day into a holiday.

He is also in favor of the voter ID provision. Democrats are opposed to it but Senator Manchin has gone for a long list of alternatives that would prove a voter’s identity, including a utility bill.

Stacey Abrams commented that the proposals from Senator Manchin made absolute sense. She said that she is for some form of voter ID provisions. But she said that she was against the restrictive IDs that were suggested by Republicans, who were prompt to line up against Manchin.

Stacey Abrams stressed that people should be allowed to decide on how to verify their identity as long as it is acceptable, and the list should not be narrowed down. That would stop voters from participating in the voting process.

Senate Minority Leader Mitch McConnell said that he is opposed to the far-reaching measures.

He said that it retains the core idea of passing the baton from the states to the Federal government on how to run the state elections. He was also opposed to the idea of taking the redistricting powers away from the state.

The For the People Act might go to vote but Manchin is opposed to it in its existing form. He said that he is still trying to convince the GOP to go along. New York Representative Alexandria Ocasio-Cortez opposed the need for voter ID. 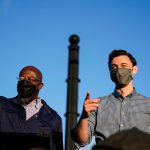 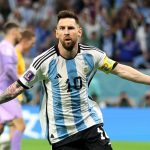