Home Top Stories The Great Promises To Be Another Fun Season With The Right Mix... 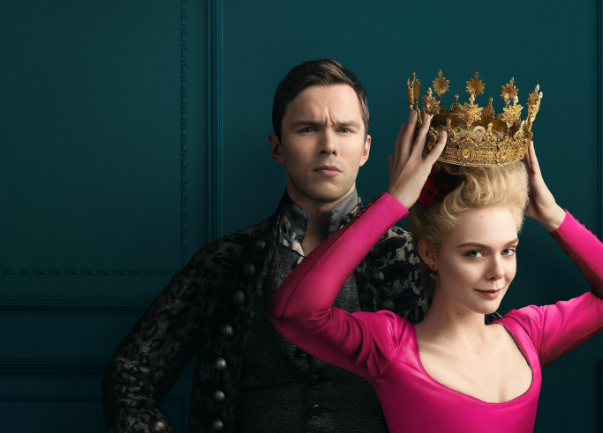 The Great makes a triumphant return with 10 more episodes with a heady blend of hilarity, lewdness, and some incredible sentiments thrown in for good measure. This loose version of Russian history focuses on the 18th century.

Nicholas Hoult and Elle Fanning are once again dazzling in this story of Empress Catherine and Peter III, her conquered husband. The story is not strictly historical and manages to stay engrossing with its nuanced complexity and the tumultuous but loving relationship.

The styling in The Great is similar to the one seen in Sex Education, playing on British Netflix as it succeeds in bringing unrelated genres and blending them in a unified and smooth pattern.

The empress has just deposed Peter, her husband. The assembled imperial court all have troubles of their own and cannot control their lives, let alone their country.

The Great Season 2 Is More Ponderous And Dark At Times

Season 2 of The Great is more dark and ponderous than the first. Following the successful deposition of Peter in the closing part of the first season of The Great,  Catherine is now at the top of the heap.

A perceptible change in Season 2 of The Great is the absence of Catherine’s lover, Leo (Sebastian de Souza). He is presumed dead while Catherine’s former maid and now her best friend find herself to be an independent noble. But her relationship with the empress is not rosy anymore.

Peter and his few remaining disciples’ roles are limited to semi-public trysts and unlimited carousing.

The Great is a reimagining and reconfiguration of historical events, and it had digressed from facts more in Season 2. It has stayed true to broad timelines. But it presented a light and complicated turn of events after Catherine’s coup. Every member is concerned with their survival and comes across as an unusual love story between complex people living in extraordinary times. The Great Season 2 promises to be even more entertaining than the first.

Minimum Wage: ’No one should work 40 hours a week and still live in...

How this e-commerce site wants to take on Amazon