In his upcoming book, the Senate Judiciary Committee will look into allegations by former U.S. Attorney Geoffrey Berman that Justice Department personnel during the Trump administration put pressure on his office to “assist them politically.”

The New York Times, which received a copy of the book, quotes Berman as saying, throughout his tenure as U.S. attorney, Trump’s Justice Department kept insisting that he use his office to aid them politically, and he kept denying it — in ways just diplomatic enough to protect me from being fired.

In a letter to Attorney General Merrick Garland on Monday, Judiciary Chair Dick Durbin stated that the reported allegations show astounding and inexcusable departures from the Department’s mandate to pursue fair justice, which calls for the independence of its prosecution choices.

The Senate Judiciary Committee Is Investing in The Former U.S. Attorney Geoffrey Berman:

Durbin also asked the Justice Department to deliver some papers and emails to the committee by October 3.

Berman welcomed the committee’s probe and said on Monday night on MSNBC that he believes it’s important to shed light on the egregious behavior that he believes has seriously tainted the Department of Justice and turned it into a tool for the President’s political agenda.

He explained his motivation for bringing the book “Holding the Line,” which is scheduled to be released on Tuesday. He said that he wanted the public to comprehend the full context of the absurd and improper political interference by Trump’s Department Of justice in the Southern District of New York cases. 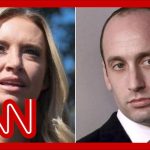 The Department Of Justice Subpoenas More Than 30 People In Trump’s Orbit In The...

As the Justice Department ramps up its criminal investigation into January 6, 2021, top officials from Donald Trump's political fundraising and former campaign operation...

There were valid worries that Seattle Seahawks standout Jamal Adams' injury was serious as he was carried off the field during Monday's game against... 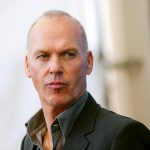 Michael Keaton Bags His First Emmy For His Lead Role In Dopesick, Recalls How...

The Outstanding Lead Actor in a Short Anthology Series or Movie award went to Michael Keaton for his performance in Dopesick, kicking off the...

Emmy Awards 2022 And Five Takeaways From The Function

Squid Game, Succession, Ted Lasso, and The White Lotus were just a few popular shows that had a fantastic night at the Emmys. Some...

The COVID-19 pandemic triggered a catastrophe that destroyed millions of lives and livelihoods, including those of social security recipients. Across nations, the impact and...