A new bill was passed recently by the State Senate of Georgia this Friday. The bill particularly deals with the prohibition that must be followed by the schools situated in Georgia regarding some topics like ethnicity and race. The bill bans these concepts to be taught in any agency of the state as well.

Contents Of The New Bill Passed By Georgia State Senate

As per sources from the Office of Senate Press, the new legislation is known as ‘Senate Bill 377’ which was passed in the afternoon of 10th March by a vote of 32-20. This bill was passed with the Republicans supporting it and the Democrats totally being against it. However, the bill has now moved to the State House of Georgia for further analysis and evaluation.

Georgia is a state that is controlled by Republicans and they are debating on the topics that must not be learned in any educational institutions. In the bill, there are definitions of divisive concepts that must not be poured into the minds of children. These amounts to nine concepts which include that the U.S. and its states like Georgia are not systematically or fundamentally racists, concepts like ethnicity or race is better than another, and many more.

It is also degrading if a teacher demeans students on the basis of their skin color, race, religion, and other categories. Though the bill states that these concepts must be banned in training courses and daily curriculums, they can still be taught in a constructive way by not endorsing them.

Moreover, the bill also does not ban the teaching of concepts like ethnic or racial oppression, slavery, ethnic or racial segregation, and discrimination of any sort. There was an identical bill that was passed in the House of Georgia which is commonly known as ‘House Bill 1084’. It is also called the ‘Protect Students First Act’ which has been now given to the Senate of the state and deals with a similar topic like in SB 377.

3 Ways Technology Could Help Us During and After Lockdown 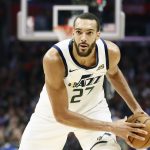