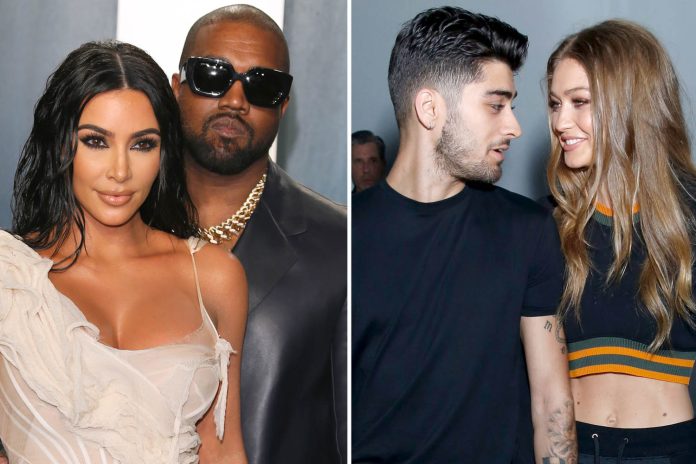 As 2021 draws to an end, let us take a look at all the celebrity breakups, the couples who have fallen out of love and split with their partners.

Kanye West and Kim Kardashian’s split has made headlines this year and is indisputably the most-talked-about celebrity break up of the year. Kardashian filed for divorce from her husband in Feb, after 7 years of their marriage. Kanye is very open about wanting to get his wife back. In a November interview, Kanye said that he still hasn’t seen the divorce documents.

There were other celebrity breakups that had grabbed the attention of the people.

Saweetie and Quavo – Gossip about the couple’s breakup started making rounds after they both stopped following each other on Insta. Later, Saweetie confirmed their split on Twitter.

Alex Rodriguez and Jennifer Lopez – The couple broke off their engagement in April after rumors of Rodriguez cheating started cropping up.

Jena Frumes and Jason Derulo –Five months after the birth of their son, Derulo announced that Frumes and he have officially split up.

Gigi Hadid and Zayn Malik – In October, reports of the couple breaking up were circulating. These reports stated that the celebrity breakup was catalyzed after a physical fight between Hadid’s mother and Malik. A family friend of the Hadid’s confirmed their split.

Amelia Hamlin and Scott Disick – The couple split in September supposedly because Disick still hasn’t moved on from his ex, Kourtney Kardashian.

Tristan Thompson and Khole Kardashian – The couple broke up again in June. Thompson has a lot of cheating allegations and Khole could not deal with it.

Shantel and Nelly Jackson – The long-time couple split after 7 years. The information was revealed by Jackson while replying to a fan asking them about their relationship status.

Krista Joiner and Xzibit – In February, Joiner decided to divorce Xzibit after 6 years of their marriage. None of them have publicly spoken about the divorce.

Is the GOP worth saving? See Liz Cheney’s response

‘Battlefield V’ will get one last standalone update this summer

VOLATILITY ANALYSIS: Volatility remained at 4.54% over last week and shows 4.40% volatility in last month. Market risk that established with...

Microsoft Corporation (MSFT) exchanged 28880356 shares on hands in most recent trading session and observed an average volume with 24903.13K shares. The...

VOLATILITY ANALYSIS: Volatility remained at 0.56% over last week and shows 0.87% volatility in last month. VOLATILITY is also measured by...

Should You Observe this stock? Wells Fargo & Company (WFC)