According to a report signed by the POTUS, the undocumented immigrants would be exempted from the decennial reapportionment. This major decision could cost a couple of states their seats in the Congress. Most critics are of the belief that there is no stable method through which the President and his cabinet can simply erase and add immigrants at will. They also think that this order won’t probably hold up in court.

But if the order does stand up, it would mean a loss of one seat each for California,Texas, and Florida. Incidentally, the next round of appointments would lead to Texas gaining three seats in Congress, and Florida two. But if this law comes on board, both these states will get 2 and 1 each.

The Constitution requires apportionment to be based on “the whole Number of free Persons,” not including “Indians not taxed.”

California is all set to lose one of its seats in the Congress from the 53 seats it has. Accordingly, if Trump’s order passes by, it will lose two seats. Alabama, Minnesota, and Ohio are likely to keep the seats which they might lose if Trump’s order holds up in court.

Harry Kane Talks About How The Euro 2020 Loss Haunts Him 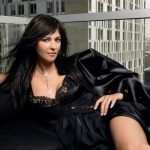 Monica Bellucci Debuts Her First Performance As An Opera Icon

Italian movie star Monica Bellucci shares that what moved her towards this project was the duality of Maria Callas. She went on to refer... The cancellation of Gossip Girl was renounced on January 19th and with the news of that it decided to end its run with a...