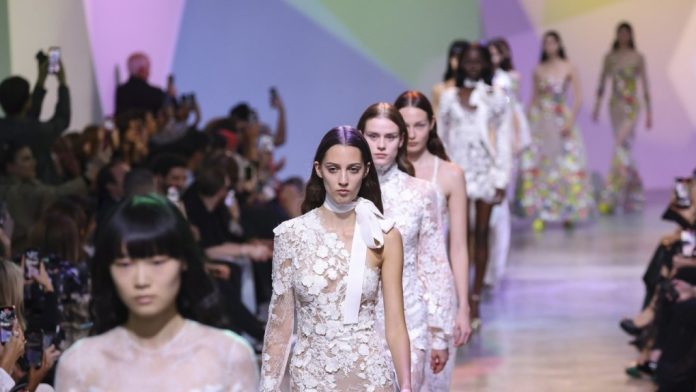 Ukrainian designer Iryna Kokhana said that fashion, at the Paris Fashion Week, is a medium of communicating with the whole world and according to her it depicts how they have the strength and they are willing to go through. The designer herself had to stay in London as the war started. She is now exhibiting her collections in Paris Fashion Week because she sees it as an opportunity to showcase both the strength of her nation and her brand.

She talked with BBC where she said that every Ukrainian are still fighting and it shows that they cannot be dominated by the Russian forces. She said their people, and the talent of those people when everything is falling apart around them. Kokhana is the creator and CEO of Chereshnivska, a brand with its headquarters in Lviv, close to the border of Poland.

She wasn’t in Ukraine as Russia attacked in Feb since she was exhibiting at New York Fashion Week, but she had her family and staff there. She told the BBC how her sister shared the photos and the videos through which she learned about the glimpses of the situations in her homeland.

She said that they could not get the cash from banks and people were crowding the nearest ATMs. Thus she attempted to send cash from abroad. She shared how the first few days were just about surviving and doing simple things like arranging tickets, money, or vehicles to reach somewhere.

Since Kokhana seemed to have some connections in London while her Lviv factory was closing for a few months, she chose to remain there. However, her firm is again back in operation after several employees made the decision to go home and thus, the showing at the Paris Fashion Week.