Home Politics President Volodymyr Zelenskyy of Ukraine Urges His Troops To Remember Why They... 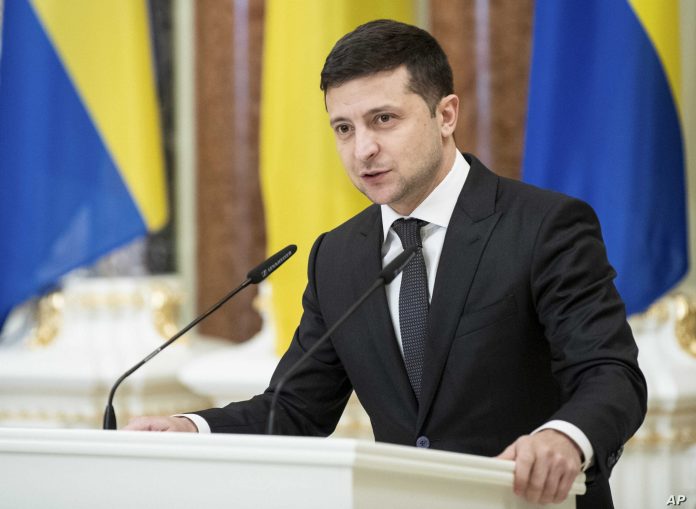 Ukrainian President Volodymyr Zelenskyy tweeted 10 photographs of parents and children set against the dark backdrop of war in an inspiring Father’s Day message on Sunday, honoring fathers who “guard and defend the most precious.”

Inside a subway station where Ukraine families seek refuge from Russian bombs, one photograph shows a kneeling soldier kissing a toddler. In another, a guy glances inside a departing train car, his palm spread across the window in a goodbye gesture, as a newborn and a woman on the verge of tears lookout.

Scenes of childbirth appear, with a man and woman looking at a smothered newborn in what appears to be a hospital room with spackled walls that show scars from war. In another, a man pulls a toddler over a barrier onto a train platform, where she is greeted by a woman with arms outstretched.

Volodymyr Zelenskyy wrote a message in English on Instagram that there is no greater gift than being a father. We need strength, motivation, and courage to keep moving forward. Volodymyr Zelenskyy urged his country’s troops to keep fighting for the future of their family, the children, and thus entire Ukraine.

Volodymyr Zelenskyy’s message came as the morale of troops on both sides in Ukraine appears to be eroding, leading to desertions and defiance of officers’ orders after four months of fighting. The head of NATO has warned that the conflict might last “years.”

Gazprom, the Russian gas supplier, has cut supply to two key European customers, Germany and Italy, in recent days. Energy officials in Italy are due to meet this week to discuss the situation. Italy should make it through the winter with more gas obtained from other sources, according to the director of Italian energy giant ENI, but he warned Italians that “restrictions” on gas use may be necessary.

Germany’s economy minister said on Sunday that the country will limit its usage of gas for electricity generation due to fears about possible supply constraints due to a fall in Russian supplies. Germany has been attempting to fill its gas storage facilities to full in anticipation of the next cold winter months.

Meanwhile, Things Are Getting Difficult for Volodymyr Zelenskyy With Every Passing Day

On Saturday, Volodymyr Zelenskyy traveled south from Kyiv to see troops and hospital staff in the Black Sea regions of Mykolaiv and Odesa. On each trip, he presented honors to scores of people, shaking their hands and thanking them for their efforts.

During weeks of unproductive negotiations on safe passages for millions of tonnes of siloed grain to be moved out before the approaching new harvest season, Volodymyr Zelenskyy also blasted Russia’s embargo of Ukraine’s ports.

Heavy weaponry supplied by the West is making its way to the front lines. On the other hand, Ukraine’s officials have been insisting for weeks that they need more weaponry, and they need them now.

NFLX Has Been Given A Buy Rating By Analysts