Home Sports Wayne Ellington Will Not Play Against Warriors, Suffering From A Hamstring Injury 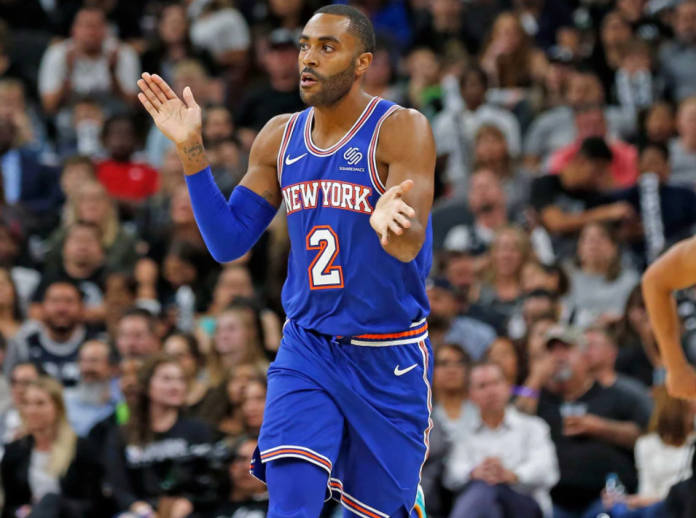 The LA Lakers will be missing Wayne Ellington for their first game against the Golden State Warriors on Tuesday.

Lakers coach, Frank Vogel, told the media that Wayne Ellington will be missing the season opener because of a hamstring injury. They will also be without their young rotation, Talen Horton-Tucker, and Trevor Ariza. Malik Monk might probably play while Kendrick Nunn’s appearance is questionable.

Wayne Ellington And His Run With The Lakers

Wayne Ellington signed with the LA Laker this past offseason and this will be his second run with Los Angeles after he played for them, back in 2014-15.

He played for the Detroit Pistons last season and shot 42% from 3-pts range and had a career-high 44.1% from the field. The 4 games right before his injury saw him average 5.5pts in 21.4 minutes. The Los Angeles Lakers went 0-6 in the 2021 preseason.

Wayne Ellington came out of North Carolina and had played for 9 different teams in his entire career. He helped the Tar Heels reach the national championship in 2009 and was named as the Most Outstanding Player in the tournament.

The Lakers are expected to be in contention for their second NBA championship in the past three years. Los Angeles acquired 2017 NBA MVP Russell Westbrook from the Washington Wizards to form a Big Three with LeBron James and Anthony Davis.

But the team is still learning how to integrate Westbrook into the offense. In four preseason games, he averaged more turnovers (5.8) than assists (5.0) and shot just 35.0 percent from the field. Also concerning was the play of Davis, who averaged 14.6 points but shot 38.7 percent from the field in five games.