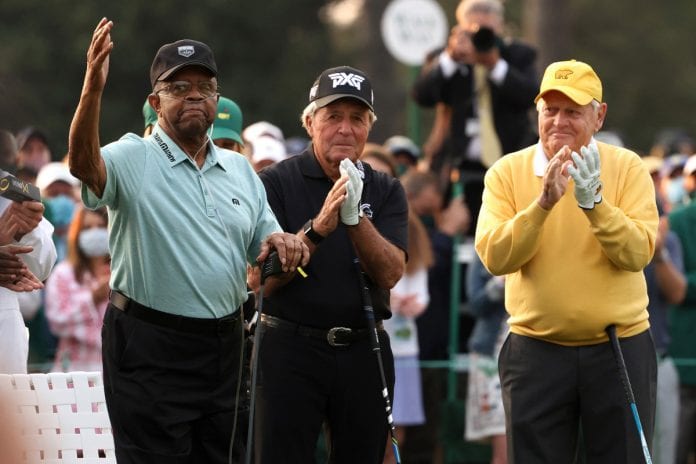 On 13th April, Thursday, Masters had decided to honor Lee Elder by holding a dedicated tee shot. Lee Elder was the first Black person to compete in the tournament. However, while the ceremony was ongoing and patrons at Augusta National were giving their accolades to Elder, Wayne Player was clearly advertising a sleeve of golf balls from OnCore.

Wayne Player’s move was immediately criticized heavily on social platforms. Several established commentators on golf expressed disappointment and disbelief that Wayne used such an occasion for promoting products. The exact issue was not about the company, rather the way in which it was carried out.

Wayne Player, later on, claimed that there was no intention of upstaging the ceremony. He owns a share in OnCore. He said that he only wanted to please fans by showing them the brand of balls his father was using to tee off. As such, he went on to apologize for hurting people’s sentiments.

Marc, later on, tweeted about the grave embarrassment and shame caused by the incident, especially when Wayne Players was allowed to be at the tee after having a record of doing similar things. Augusta National refused to comment on the matter citing their inability to do as it is related to credentialing or ticketing.

Keith Blakely, the CEO of OnCore, also gave a statement that OnCore has not asked or instructed Wayne Player to advertise the ball sleeve visibly while the ceremony was taking place. As such, he apologized for his actions, any offense caused by it, and the distraction that it proved to be at the ceremonial recognition of Lee Elder.