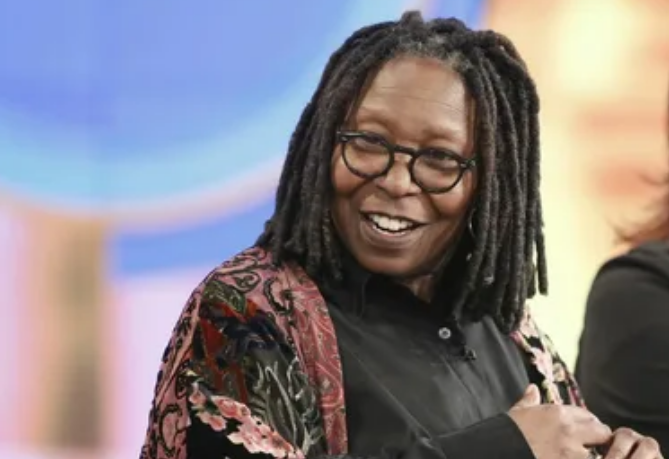 One day after Sara Haines, one of The View’s co-hosts, apologized to Turning Point USA on the show’s behalf, Whoopi Goldberg released a statement in response to the controversy. The ongoing conflict between the conservative group and the daytime talk show, which started earlier this week during a discussion about neo-Nazis outside the Turning Point USA Summit, was briefly recognized by Whoopi Goldberg during Thursday’s broadcast.

On Thursday, Goldberg took a moment to clarify her earlier claims regarding Turning Point USA, which she claimed had metaphorically permitted neo-Nazi protestors at their event before the show began its second Hot Topics portion of the day.

In response to Turning Point USA “condemning” the neo-Nazis and asserting that they “had nothing to do” with their own organization, Goldberg said, We let them in and we knew what they were, so we were complicit. She later apologized for her comments. On Monday, Whoopi Goldberg claimed that Turning Point USA was “complicit” in the neo-Nazi gathering outside of their event.

Whoopi Goldberg amended her remarks on Monday’s show, saying the neo-Nazis had been “outside protestors” and that her “point was figurative” as they “were not in the building” where the summit took place, just moments after asserting Turning Point USA had permitted them to attend their gathering.

The View’s parent company, ABC, received a cease-and-desist letter from Turning Point USA accusing the program of making “defamatory comments” notwithstanding the clarification.

In response to the cease-and-desist order, Haines apologized on air yesterday, saying, in part, they want to make clear that these demonstrators were assembled outside the event and that they were not invited or endorsed by Turning Point USA. They regret any ambiguity in what they said regarding these issues.

Turning Point USA complained to FOX News and wanted a direct apology from Goldberg after finding the response insufficient: That was Whoopi (Goldberg) who said it. She ought to be the one to apologize,” a representative for the group stated.

Supreme Court On The Back Foot Trying To Justify Its Rulings

Biden Nominates Deb Haaland To Be The Interior Secretary